Cary, NC – The North Carolina Courage continue to be the most dominant team in the National Women’ Soccer League, defeating the Boston Breakers at home in Cary. 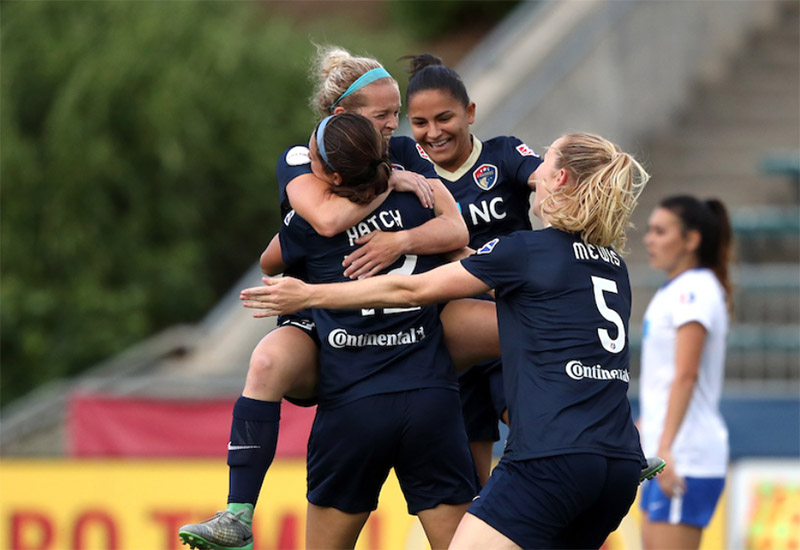 The North Carolina Courage took on the Boston Breakers at Sahlen’s Stadium at WakeMed Soccer Park on Saturday, June 17, 2017 and the game quickly turned in the home team’s favor. In the opening minute, Ashley Hatch caught the Breakers off-guard and got in a low shot, forcing Boston’s goalkeeper Abby Smith to scramble for a save.

Then, two minutes later, Sam Mewis took advantage of Boston’s disorientation and intercepted the ball. It then went to Kristen Hamilton who was able to score from seven yards out. This was Hamilton’s first professional soccer goal but it would not be her last.

In the 13th minute, a series of kicks, headers and deflections involving Abby Erceg and Abby Dahlkemper put the ball into the path of Hatch, who then passed it off to Hamilton. Then, in what must be a unique moment for any athlete, Hamilton kicked the ball and scored her first two professional goals back-to-back.

Starting the same with a 2-0 lead put the Courage in high spirits but their attack would not stop there. Just before the end of the first half, Hatch again got close to the goal and blocked a clearance. She passed the ball to fellow North Carolina player Makenzy Doniak, who then set Hatch back up for a big kick. Hatch pulled off an amazing curving goal, zipping around the hands of Smith to give Courage a 3-0 lead.

Boston did not let all of these goals go unanswered. Adriana Leon got the ball wide in the 74th minute and got off a huge cross that flew into the goal. It was a triumphant goal but it was not enough to win the game, ending 3-1. 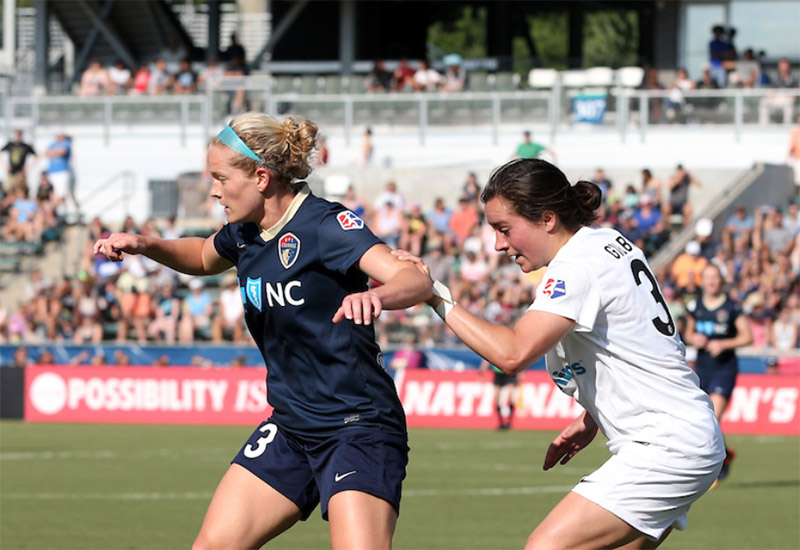 Is Cary A Smart City?