Cary, NC – One of Cary’s fastest growing attractions is the new Downtown Park and this past Saturday, June 24, 2017, residents were invited to a celebration on Academy Street for the new town amenity.

The Downtown Dedication was not only for the new park but was meant as a way to celebrate the reopening of Academy Street, which was renovated and repaired last year.

Cary residents gathered by the Downtown Park near the Cary Arts Center. Walking up from Academy Street, there were street performers and musicians lined up to welcome people, many of whom were from Raleigh’s Imagine Circus who brought acrobats, stilt-walkers, bubble-artists and more.

As the first musician for the event Chris Silverton was ending his set at around 6 PM, rain began to fall and the sky got dark. People sought shelter, either inside downtown businesses or in the Arts Center or just under some tents and umbrellas outside and waited for it to pass.

The weather delay did not stop the main ceremony where Cary’s Town Council, including various town staff members and State Representative Gail Adcock, gathered at the fountain for the dedication. This was done by throwing in large coins to mirror the coins the town encourages residents to throw into the fountain. All coins will go to the Relief for Recreation Scholarship Fund, which helps residents pay for town activities and events. Visitors also got chocolate coins to match the ceremony, though these were not meant to be thrown into the fountain.

Speaking before the big coin toss was Councilmember Don Frantz, whose district encompasses Downtown Cary. Frantz told the crowd gathered the Downtown Park is not complete, with the current space only covering one acre of the eventual seven.

“If this is what one acre looks like, I can’t wait to see the other six,” Frantz said.

As Cary’s central park, Frantz said they are currently looking across the country to find design firms for the park’s second phase.

“If you want to build the best, you need to find the best,” Frantz said.

Also speaking at the dedication was Cary Mayor Harold Weinbrecht, you said this represented a “landmark day” for Cary and said this is all to “re-energize” Downtown Cary.

“All these people are here, even after that incredible storm,” Weinbrecht said. “That’s re-energized.” 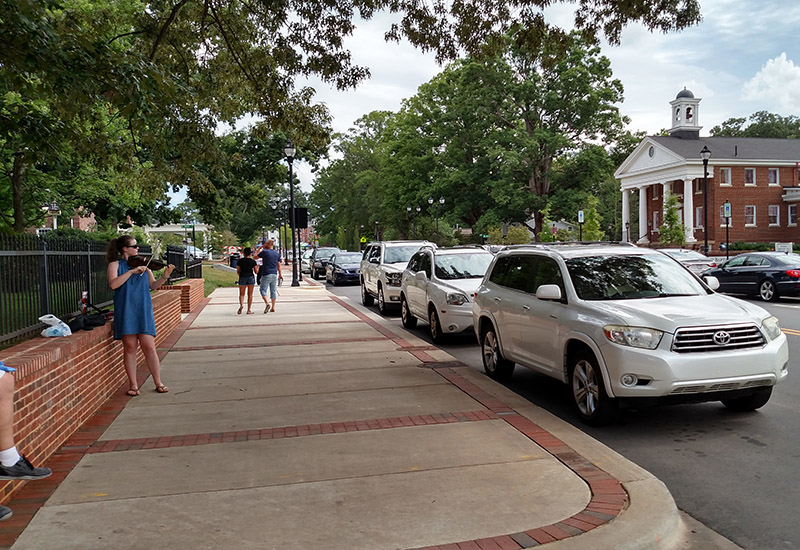 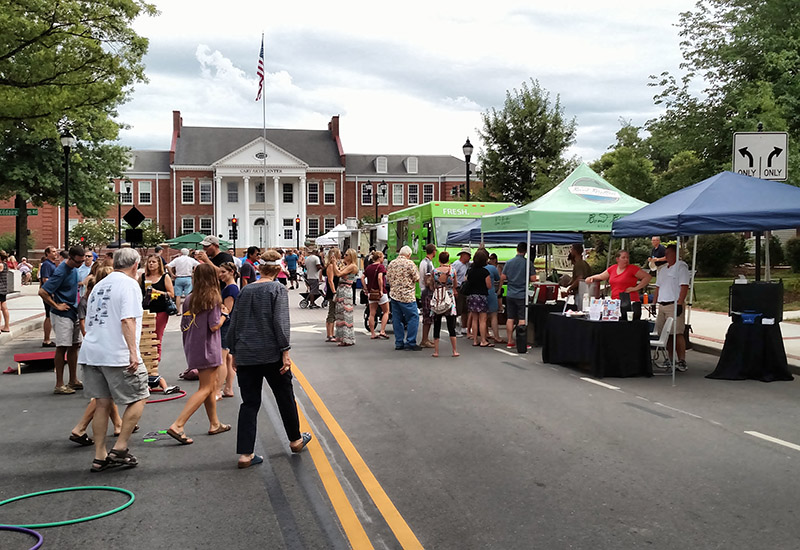 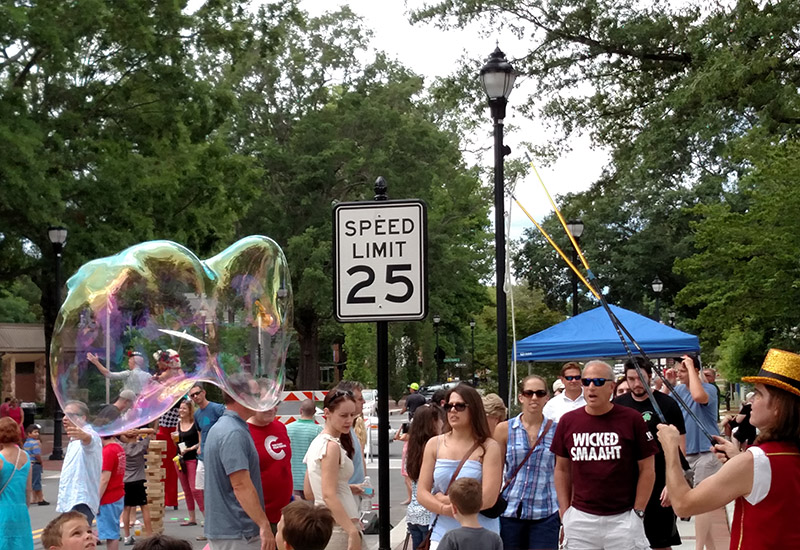 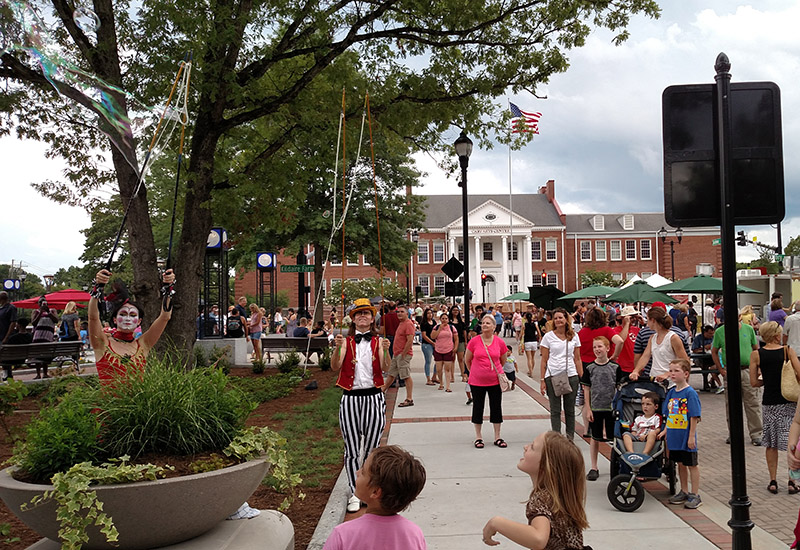 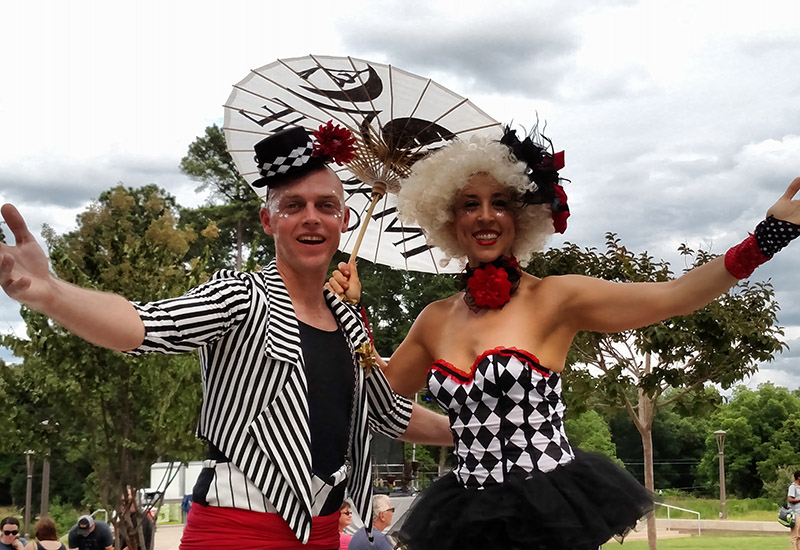 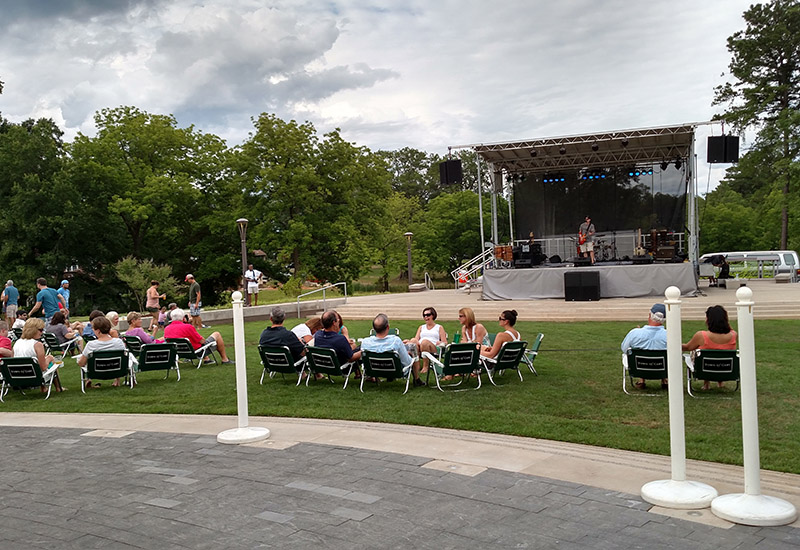 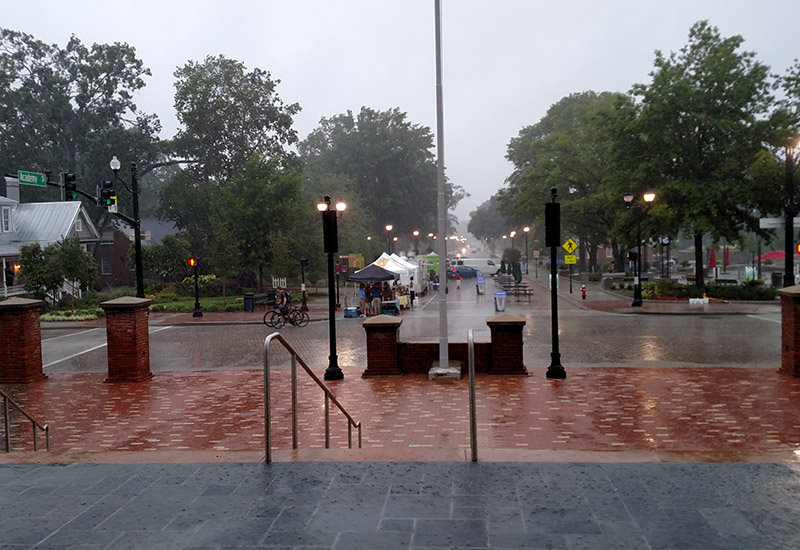 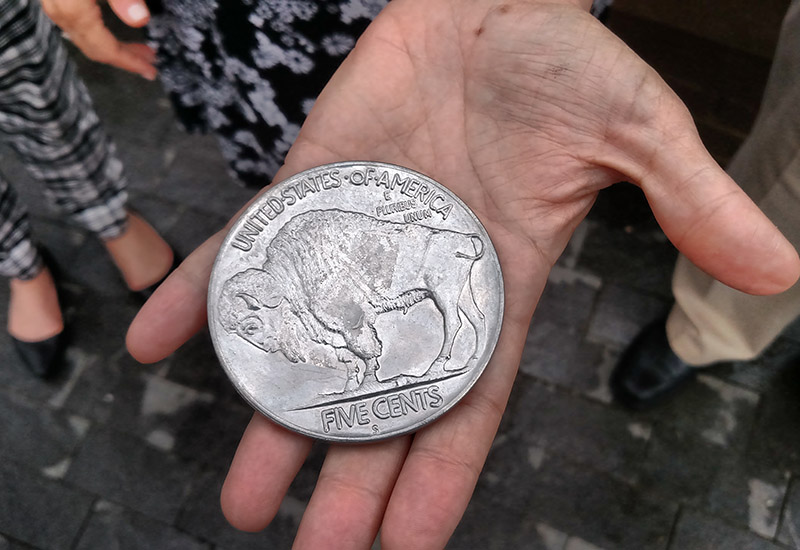 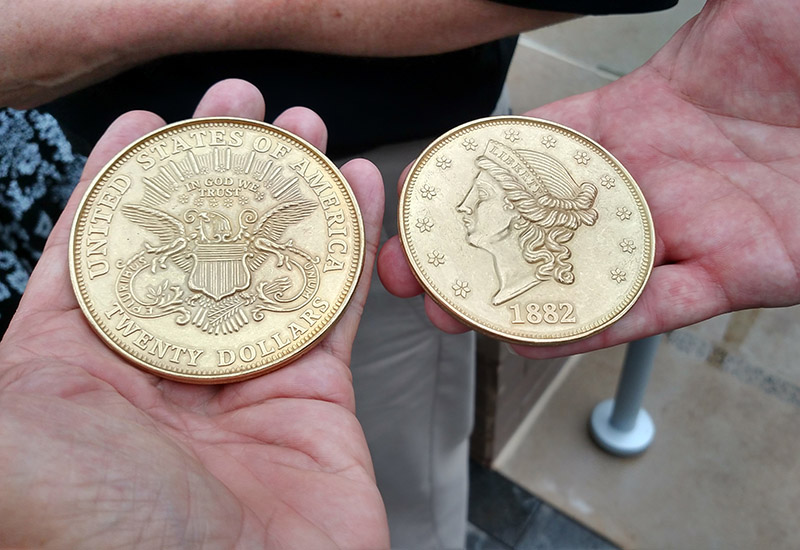 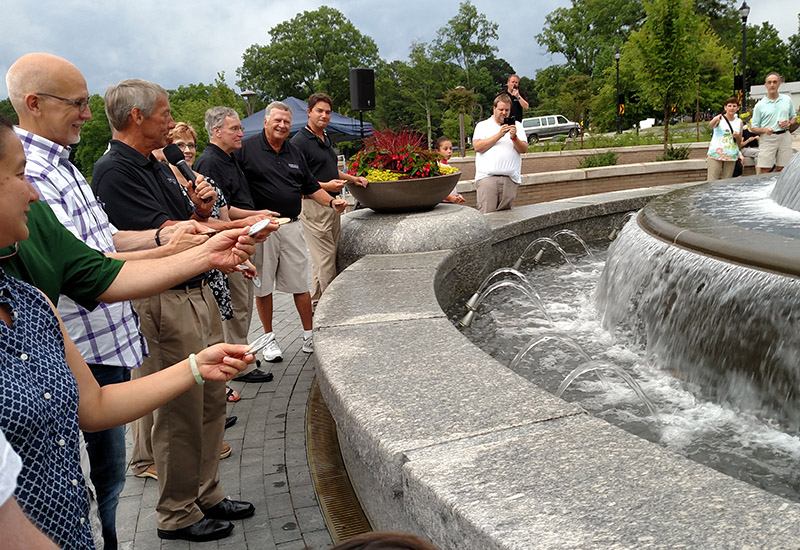 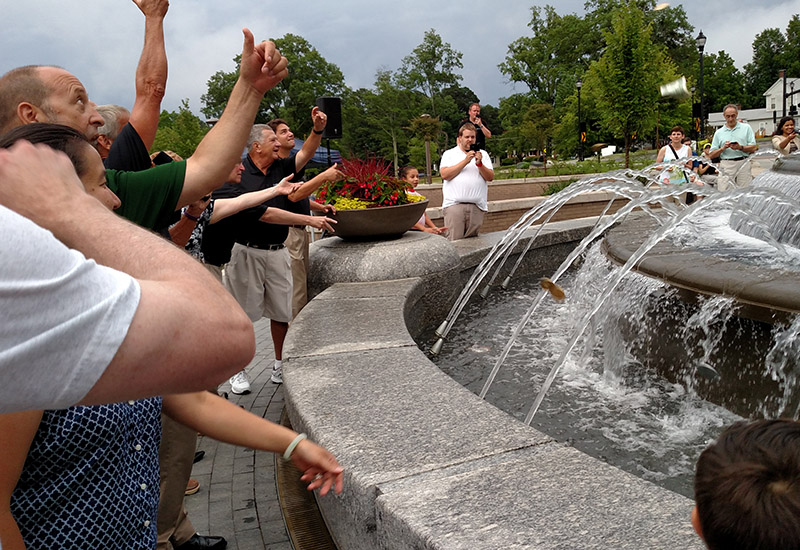 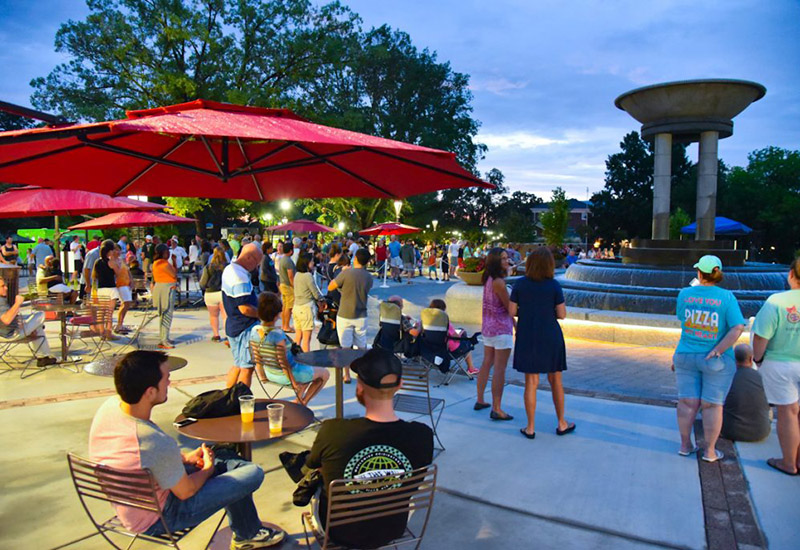 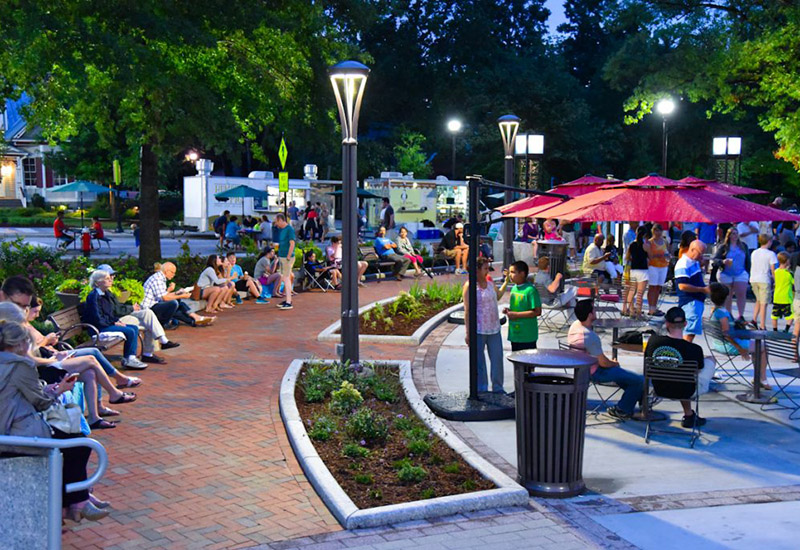 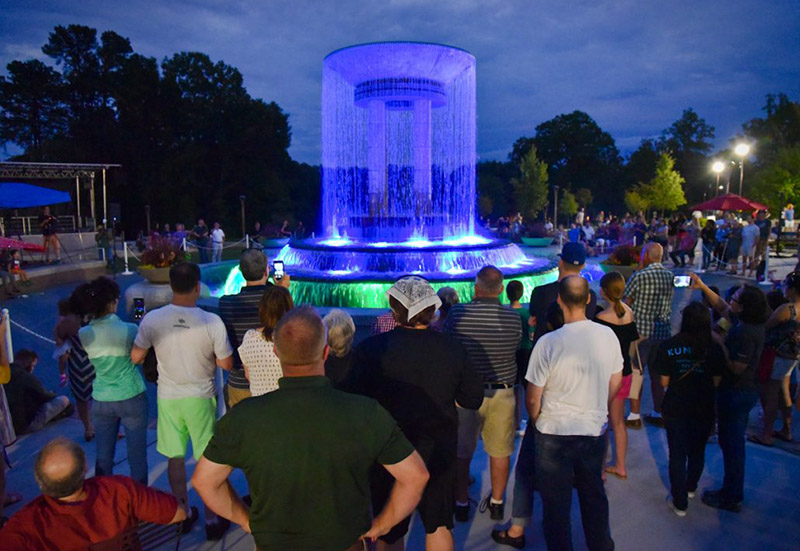