Cary, NC – Following some losses where other teams had draws, the North Carolina Courage were slipping out of their top spot in the National Women’s Soccer League (NWSL). But a decisive victory on Saturday, August 5, 2017 brought the home team back into their rightful place at number one.

Saturday’s game at Sahlen’s Stadium at WakeMed Soccer Park saw the North Carolina Courage taking on Seattle Reign FC. The two teams have faced off at the Courage’s last home game and they won that contest as well. That game was won thanks to early offense from the Courage and that was the case in Saturday’s game as well.

In the 32nd minute, after several attempts on Seattle’s goal, North Carolina’s Makenzy Doniak got the ball into the left back and passed it to Lynn Williams. With Williams inside Seattle’s defenses, she was able to hit a low shot that made it just past the fingers of Seattle goalkeeper Haley Kopmeyer.

This would remain the only goal for the rest of the match, as neither team was able to get a second shot past the goal. Seattle kept up a very strategic defense for the remainder of the game, putting pressure on the Courage’s attackers to force them to make risky and inaccurate kicks.

In the 64th minute, Seattle came close to a goal but a mistimed kick ended up getting caught amongst their own players, making it easier for the Courage’s goalkeeper Katelyn Rowland to save. The game ended with a 1-0 victory for the home team.

With this victory, the North Carolina Courage are back to being the top ranked team in the league, one point ahead of the Chicago Red Stars and two points ahead of Portland Thorns FC.

“I am really happy with the result,” said Courage Head Coach Paul Riley. “You have to win your home games in this league if you’re going to do damage in the league, and we won our home game, so I’m happy with the group. We didn’t give [Seattle] a lot of chances to be honest.” 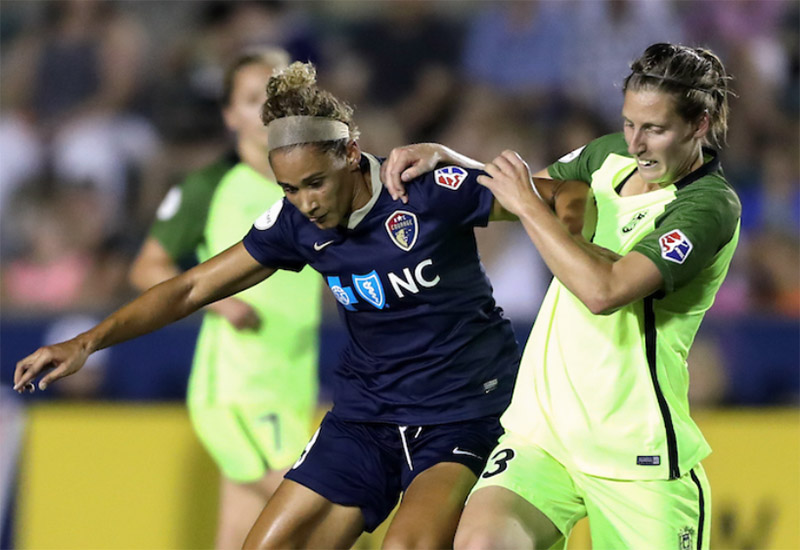