Cary, NC – In a new study looking at a mix of economics, quality of live and perceived desirability, a new study ranks Cary and the Triangle at large among the 10 best places to live in the entire United States.

Seventh Best in the Country

In a study by U.S. News and World Report, data collected on cities and regions in 2017 and sorted based on the study’s methodology puts the Triangle – listed as Raleigh & Durham although it includes Cary, Morrisville, Chapel Hill and more – as the seventh best place to live in the country, in between Seattle at #6 and Boston at #8.

To tabulate a score for cities and regions in the study, the report heavily weighed quality of life and job market/value. In quality of life, the Triangle has a lower crime rate than the national average, experiencing a major drop between 2005 and 2009. Still, the region does have a higher crime rate than some comparable large cities such as Pittsburgh, Pennsylvania. This study is also looking at the Triangle as a whole so while Cary can be characterized as one of the country’s safest towns, if not the safest, other Triangle cities are still factored in.

In the job market and value index, the Triangle ranked highly for the number of top employers and the higher average annual salary than the nationwide average of $48,320. In Cary, the average income per capita is $41,785 and the median household income is $91,481. The Triangle also has a lower unemployment rate than the national average, hovering between 4.2 and 4.4 percent throughout 2017.

U.S. News and World Report’s study acknowledges housing costs are higher in the Triangle than they are nationwide. However, it also points to lower property taxes and suggests these two may balance each other out. Also, given the number of large tech employers, the report says “compared to other technology and research hubs like San Francisco, the North Carolina Research Triangle is relatively affordable.” Housing prices have also grown in the Triangle at a faster rate than the country at large. 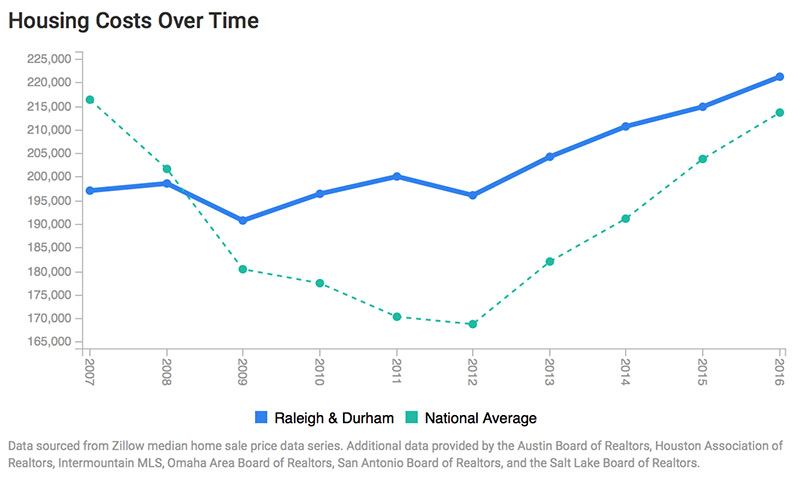 Schools also played a part in U.S. News and World Report’s quality of life calculation. The ratio of students to teachers is 21:1. While the Triangle is given a lower college-readiness score than the average metropolitan region, four Triangle high schools also made U.S. News and World Report’s list of the top 100 high schools in the United States.

The top ranking city in the study is Austin, Texas. 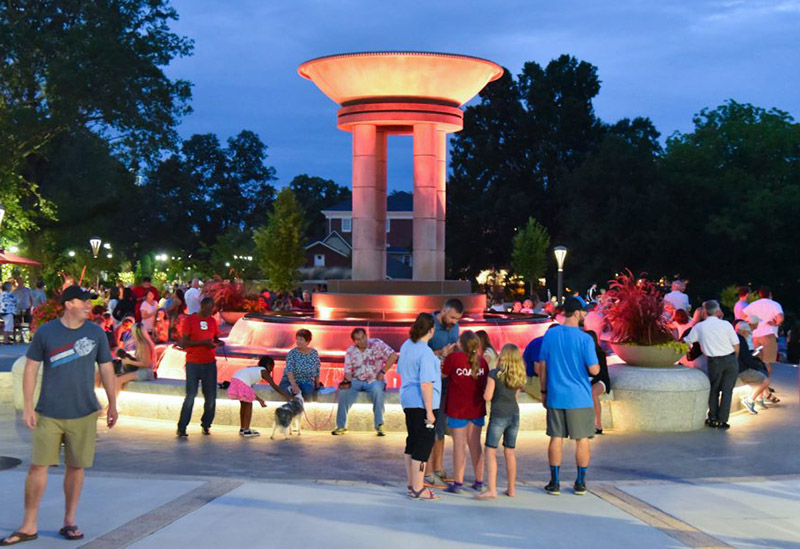