Cary, NC – Persistent offense from the North Carolina Courage and strong defense by Sky Blue FC resulted in a tight game this past Saturday, with the home team finally breaking through in added time.

With one win already under their belt this season, the North Carolina Courage defeated Sky Blue FC at Sahlen’s Stadium at WakeMed Soccer Park on Saturday, March 31, 2018.

Throughout the game, both teams were in a deadlock despite the Courage outshooting their New Jersey opponents 22-3. Lynn Williams had two good shots at the Sky Blue net but missed both – once in the 17th minute when the ball curled out of the way and once 43rd minute when Williams got Sky Blue goalkeeper Kailen Sheridan out of position but had her shot deflected at the last second.

Substitute player Jessica McDonald entered the match in the 55th minute and had a close goal attempt in the 57th minute. However, it wouldn’t be until added time that McDonald would get a goal by getting a pass from Jaelene Hinkle behind Sky Blue’s backline. McDonald got Sheridan rounded and had an open net to score on, resulting in a 1-0 win for the Courage.

With such a close game for the entirety of playtime, Courage Head Coach Paul Riley said that can weigh psychologically on the team.

“The game grinds on, you think to yourself maybe we’re not going to get that one big opportunity,” Riley said. “I think they worked hard enough to win in the end, and we got the opportunity.”

While Sky Blue’s defense helped keep the game tied despite the Courage’s multiple attempts on the goal, it was the Courage’s backline that kept the New Jersey players from making their own shots. Throughout the entire game, Sky Blue did not have a single shot on target. So not only are the Courage playing aggressive offense, they are maintaining a strong defense. That balance will be key to watch throughout the season.

The next home game is against Seattle Reign FC on Wednesday, April 18, 2018. 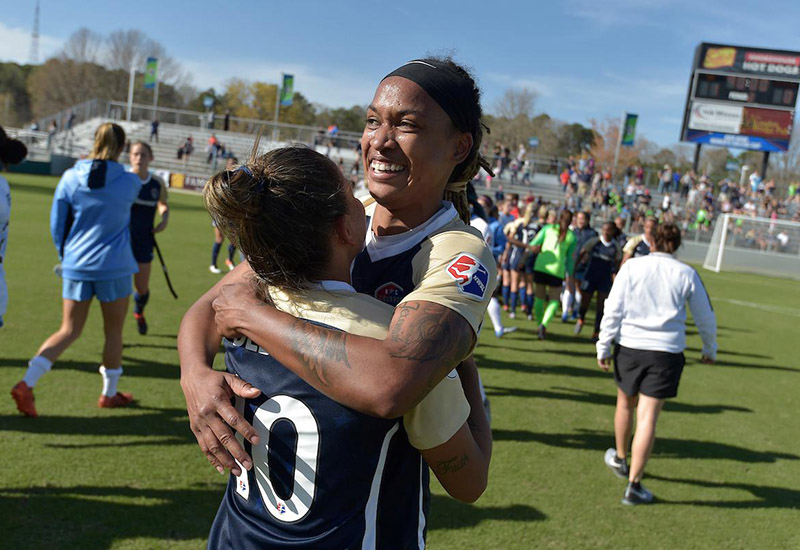 Canes Officially Eliminated From Playoffs After 2-1 Loss to Rangers