Cary, NC – The North Carolina Courage has had an unprecedented undefeated streak this season, with nine wins and three draws with no losses during that time. But few streaks can last forever and the Courage lost their first match this Saturday, June 16, 2018 in front of the hometown crowd.

The Streak Is Over

The North Carolina Courage played the Utah Royals FC at Sahlen’s Stadium at WakeMed Soccer Park this past Saturday and fans saw a grueling game as neither team was able to get an advantage over the other for most of the match.

Going in, the Courage had to know the Royals’ defense would be the story of the match. Utah is tied for the fewest goals allowed this season, with only eight scores on them in the past 10 games. The Courage nearly got around this defense in the 11th minute as a curving pass got Jessica McDonald in close, but her next shot went too high.

Throughout the game, the Cary team came close with numerous shots but none were able to connect and score. On the other hand, the Courage’s dominance over ball control left Utah scoreless as well, with only one shot on goal in the first 45 minutes of gameplay.

The second half played out much like the first, with neither team able to score. The Courage had particularly bad luck, with several shots hitting the crossbar or going above the net in some cases. After 90 minutes elapsed, the score was still 0-0 and both team went into stoppage time.

It was here the game would shift dramatically as Utah’s Brittany Ratcliffe got a shot in at the 94th minute. The Courage were unable to respond in time and the game ended 0-1, giving the home team their first loss of the season.

While taking their first loss cannot be easy, Head Coach Paul Riley said this can be a testing ground for the team’s mentality.

“We’ll see what we’re made of as a group, and I think it’s good for adversity – you have to have it at some point, and sooner than later, so we can regroup again,” Riley said. “We’ve got great character in the group, and we go on the road now for two really tough games.”

Those tough games are against Seattle Reign and Orlando Pride, the second- and third-ranked teams in the league respectively. Even with this first loss, the Courage are still the top-ranked team.

The next home game is against the Chicago Red Stars on Independence Day, Wednesday, July 4, 2018. 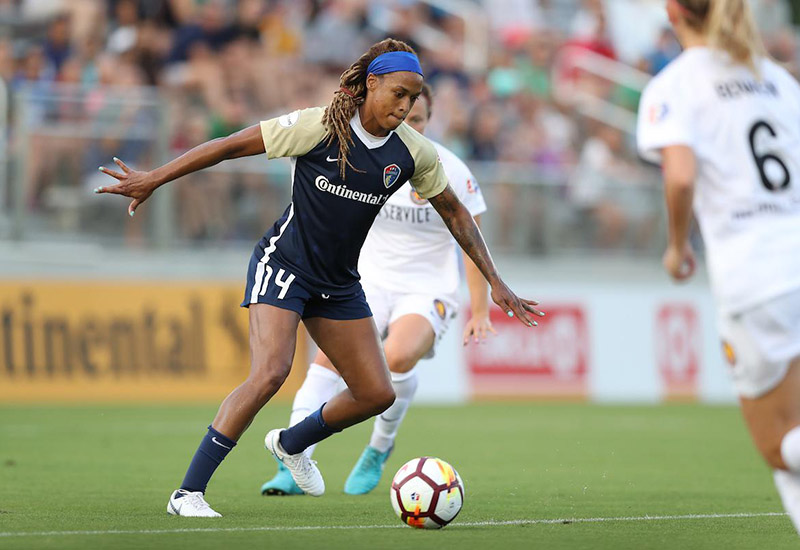