Cary, NC – Fans at the Wednesday, July 4, 2018 North Carolina Courage game got an exciting match for the holiday with a big win over one of the top teams in the league.

Four Goals on the Fourth

While the North Carolina Courage are no longer undefeated this season, they are still the most dominant team in the NWSL, winning twice as many games as the next highest-scoring teams. The home team showed that same intensity at Sahlen’s Stadium at WakeMed Soccer Park on Independence Day against the Chicago Red Stars.

The Red Stars, who are the fourth-ranked team in the league next to the Courage’s #1 rank, played hard as well and avoided a shutout but it was the Courage’s night. Things started going in the Courage’s favor early as Crystal Dunn got a pass from Jessica McDonald and had a clear run at the goal. Dunn went ahead and with a left-footed kick, got the ball past Chicago goalkeeper Alyssa Naeher.

Neither team could score after that in the first half so the final 45 minutes of gameplay started with a 1-0 lead for the Courage. But the home team came out of the gate with lots of energy and the Courage scored again in the 67th minute. Lynn Williams had the ball 18 yards from the goal and got it in, capitalizing on a cross pass from Merritt Mathias.

Two minutes later, the Courage increased their lead to 3-0 as Debinha got the ball over Naeher’s head and into the goal off of a pass from Samantha Mewis. Not to be outdone, the Courage rose to 4-0 as Kristen Hamilton subbed in and was faced with an empty goal after getting a pass from Williams.

In the final minutes of the game, Chicago got a penalty kick and the Red Stars’ Yuki Nagasato got the team to 4-1. Not a win but not a shutout.

Looking Toward the Tournament

Head Coach Pat Riley was very happy with the July 4 game, not just for the win but for the quality of soccer played as well.

“Delighted with the result. It’s nice to score some goals at home, too,” Riley said. “We haven’t scored a ton of goals at home, and we created some great chances second half.”

The next home game for the Courage is this Wednesday, July 11, 2018 but later in the month, the team participates in the first ever International Champions Cup Women’s Tournament against three of the top women’s teams in Europe. Among those teams is Olympique Lyonnais, who have won the French Ligue 1 for women 11 years in a row and are currently in the lead with 21 wins, one draw and zero losses this season. That one draw was against Paris Saint-Germain, who are also playing in the ICC tournament.

Given the Courage’s performance this season and this past Wednesday, the tournament will be a real test to see how our home team does against this international competition.

The Wednesday, July 11, 2018 game starts at 7 PM against the Washington Spirit. 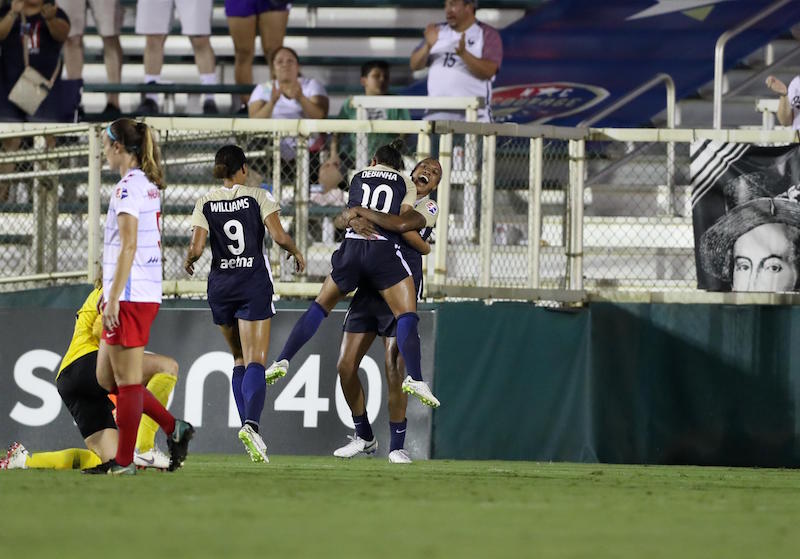 In HQ2 Search, Tech Pros Look Favorably at the Triangle