In Wake County, around one in eight adults aged 18 to 65 have attended one of Wake Tech’s schools. Now, 10 years after buying the 94 acres of land, Wake Tech’s latest campus is open to even more students.

The campus itself has a maximum capacity of 12,000 students with nine buildings. Right now, only one of those buildings is completed and construction is set to break ground on the second building January 2019.

Stephen Scott, Wake Tech’s president, said back in 2017 that this campus will focus on technology jobs such as computing, IT and cyber security and he repeated those same sentiments at the Tuesday, August 7, 2018 ribbon-cutting.

“This new campus at RTP is about economic development, highly trained students with highly valued skills,” Scott said. “The demand for IT resources across the state continues to grow dramatically, and this campus is being created to meet that demand.” 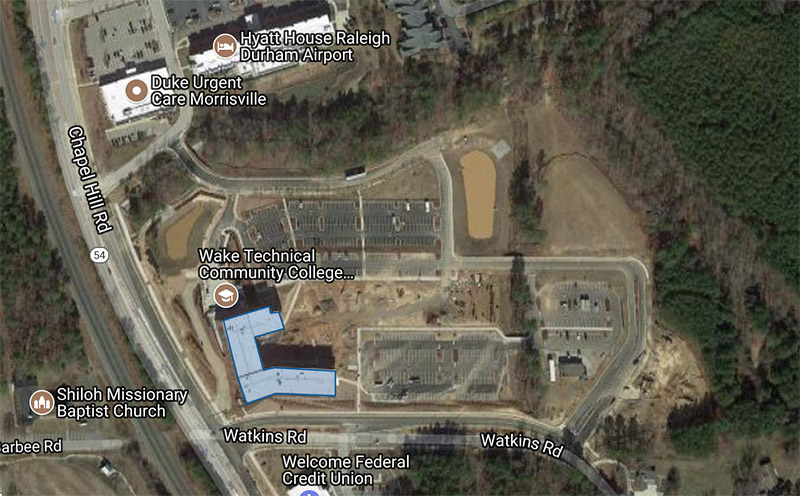 “We know that a skilled workforce is the number one reason companies choose to come to our state,” Cooper said. “There is no doubt that the training that will take place on the RTP campus is going to help us recruit new industries, not just in the RTP, but in the entire region and across the state.”

Various local technology companies are involved in the campus. Lenovo Philanthropies gave Wake Tech a $145,000 grant, $100,000 of which is set aside for scholarships while the rest is meant for school technology. Wake Tech Board of Trustees Chair Tom Looney is a former Lenovo executive. The campus itself includes an open source classroom with Red Hat and a networking classroom with Cisco.

A 2012 bond funded the new campus and its $47 million cost and there is another bond in the 2018 November election for $349 million for Wake Tech.

Wake Tech in RTP is located at 10908 Chapel Hill Rd. in Morrisville.