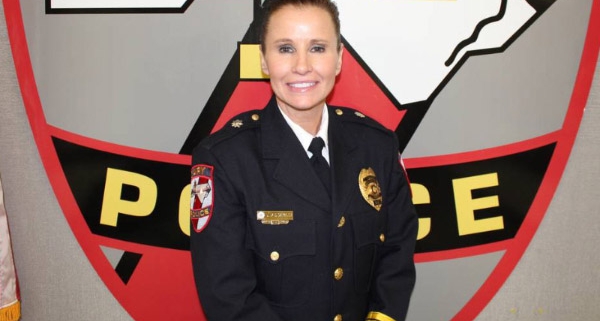 Cary, NC – After serving as Cary’s interim chief of police since December 2018, Toni Dezomits has now been named the Cary Police Department’s official chief and says she plans to continue the work of past chiefs while also working on changing the department’s organizational structure.

Following former Cary Chief of Police Tony Godwin’s retirement in late 2018, the Town of Cary received applications from 59 different people from around the United States for the chief position. And on Tuesday, June 11, 2019, Cary Town Manager Sean Stegall announced Dezomits would take over the role, continuing from her position as interim chief.

“When I took on the role as interim chief, I looked at it as: if I’m being given the opportunity, I should treat it like it’s the job,” Dezomits said. “Since becoming chief, it has still been business as usual.”

Dezomits, as chief of police, has a number of looming priorities. For one, law enforcement must be reaccredited every four years and Dezomits said she is starting to file with the Commission on Accreditation for Law Enforcement Agencies now. Dezomits is also working on preparing the department to start using body cameras, which will start this year.

“The money was appropriated in January and we just got the equipment, so those will be deployed in the Summer,” Dezomits said.

In her time as both interim chief and now chief, Dezomits has begun changing the Cary Police Deparment’s organizational structure and said she wants to move outside of the traditional police hierarchy.

“I made nine interim appointments and have given staff the opportunity to try and lead where they couldn’t before,” Dezomits said. “It gave us a lot of good insight on how to refresh the structure.”

This has included giving officers and staff time to shadow other staff to learn about different roles. Also, Dezomits has tried putting members of the department in new roles to see how they perform.

“We have sergeants in lieutenant roles, we have captains as deputy chiefs. It lets us evaluate if they’re in the right rank,” Dezomits said. “So far, they have all been highly successful and we ended up getting good candidates for vacancies.”

Dezomits said she sees these changes extending to almost all levels of the department.

“There are a lot of officers that this job affects that other professions don’t have to experience,” Dezomits said. “It’s a must and a number one priority on my list.” 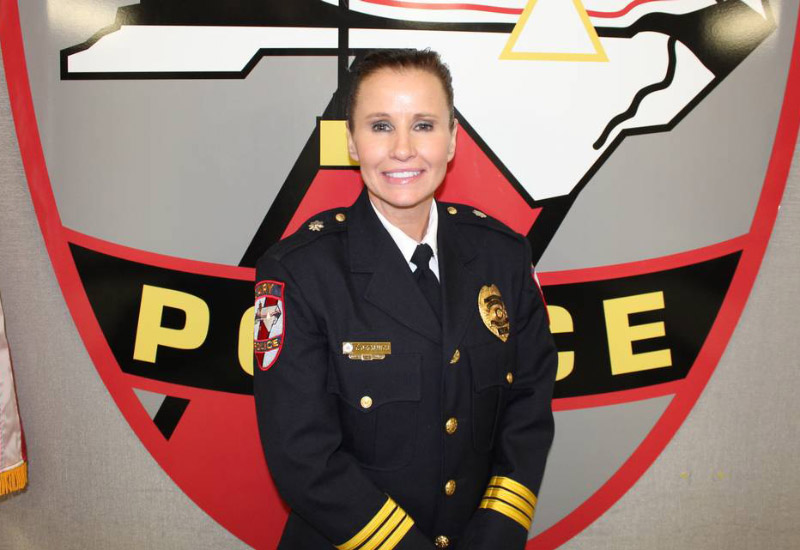 Cary is routinely ranked as one of the safest, if not the safest, municipalities in the United States. But one area of crime and public safety that Cary Mayor Harold Weinbrecht has repeatedly spoken out about is opioid abuse.

Dezomits said the police force is taking a multi-pronged approach to the opioid crisis, and said both drug education and pill take back programs have been very successful.

“We surpassed last year on the number of pills we got through our take back program,” she said. Cary’s police headquarters also now has a permanent drop box to take prescription drugs as well.

Other changes to the department’s approach include all police officers carrying Narcan, the brand name treatment to prevent overdose deaths, and Dezomits said in the two years that Narcan has been funded for officers, overdose deaths have dramatically gone down.

“We also have our vice squad, but we can’t arrest our way out of this problem,” she said.

Dezomits said Cary has been fortunate to have good police chiefs and said their work is ingrained in the rest of the department.

“We’re always building on what happened in the past,” she said.

This includes starting an Explorer Post in Cary, with local youth learning about the department, volunteering and exploring the possibility of working in law enforcement in the future.

Dezomits also said she has seen a gap in outreach between the Cary Police Department and the town’s Latino community, so Cary will be launching an all-Spanish language Citizens Police Academy.

Dezomits has been with the Cary Police Department since 1998.

NCFC and NC Courage Return to Home for Double-Header Soccer Match
Scroll to top
%d bloggers like this: