North Carolina FC started off the double-header on Saturday, June 15, 2019 by taking on the Swope Park Rangers, based out of Kansas City, at Sahlen’s Stadium at WakeMed Soccer Park. While NCFC have competed at Sahlen’s Stadium as part of the Lamar Hunt Open Cup, they have not played a regular season home game since May 15, so the fans were pumped up for these matches.

Playing at their usual fast pace, NCFC got a goal in the opening minutes of the match, as Yamikani Chester got in close to the opponent’s net. Robert Kristo got Chester the ball and Chester was alone on the field, with only Swope goalkeeper Eric Dick in his way. Chester accepted the challenge and hit a far-left kick, getting past Dick and hitting the back of the net, raising the score to 1-0 in the sixth minute.

The pressure on the Swope Park Rangers continued and in the 13th minute, Dre Fortune continued his reputation as one of NCFC’s top young stars as the 22-year-old got the ball at midfield and charged toward the goal. At the 18-yard-box line, Fortune hit a curling shot that went right past Dick and got NCFC their second goal of the night. 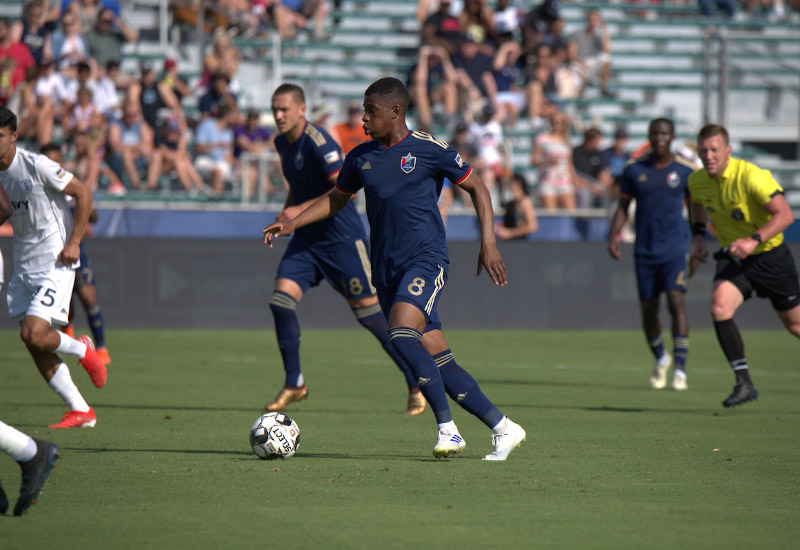 After that, NCFC was unable to get another goal, though forward Donovan Ewolo had two very close calls late in the match.

NCFC also kept their defense strong and the Rangers were unable to get a single goal on them, giving NCFC their fifth shutout of the season.

As a result of this win, NCFC are now the fifth-ranked team in their league group, with seven wins and only two losses.

“The result was important. These are tricky games because if you pay too much attention to the standings and you let your foot off the gas pedal, you can get punished,” said NCFC Head Coach Dave Sarachan. “Getting the early goal was important today and then obviously we got the second.”

Their next home game is against the Nashville Soccer Club on Saturday, June 29, 2019 at 7 PM.

After NCFC’s victory, the North Carolina Courage took to the field to play against rivals the Portland Thorns, who stopped the Courage from winning the NWSL Championship on their first season under the Courage banner.

The Courage, like their NCFC counterparts, often have a fast start to each game but they did not show that same speed this time, and the Portland Thorns were able to take advantage. In the 26th minute, Portland’s Midge Purce got a pass from Celeste Boureille and the timing was just right for Purce to immediately kick it in for the first point of the match.

Coming into the second half, the Courage had a new energy behind them and showed more of their usual play-style. This all led to the 59th minute, when Julia Spetsmark got a high pass from Merritt Mathais. Spetsmark made a veteran play, using the bounce left in the ball to get a higher shot on her kick. The ball was lofted up and went right past Portland goalkeeper Britt Eckerstrom, tying the game up 1-1. 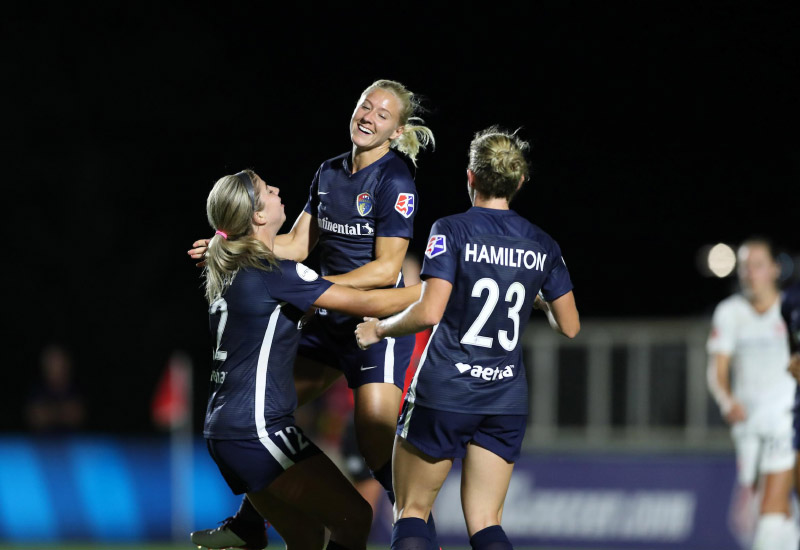 For the rest of the match, the Courage dominated control of the ball, outshooting the Thorns 18-1. But they could not turn that into additional points, ending the game with a 1-1 draw.

“We dominated the second half,” said North Carolina Courage Head Coach Paul Riley. “First half, to be honest with you, was our own fault. We were slow-tempo, we gave the ball away.”

The Courage are now the fourth-ranked team in the league, just behind the Portland Thorns at #3. The Courage’s next home game is Friday, July 5, 2019 at 7:30 PM.