Cary, NC – This week was my first week back from vacation. As expected it was a busy week.

Monday morning, after conferring with staff, we decided to cancel the agenda meeting since our council meeting agenda for Thursday was a short one. I sent an email to council and asked them to send questions or concerns about the agenda and heard back from none of them.

Later in the day I met with the town clerk for about forty-five minutes to discuss her staff duties in her planned absence. Our clerk staff is a very talented group and does a great job of covering for each other. We are blessed to have one of the best town clerk’s and clerk staffs in the state.

My final meeting Monday was with the town manager and the chief strategy officer. We talked about a variety of issues including projects currently under review. We also discussed the new police chief, Toni Dezomits. What an outstanding choice. She is a great lady and a great leader and I am sure will do a fantastic job. Our meeting lasted a little over half an hour.

Tuesday morning I gave an updated version of the State of Cary address to the Fonville Morrisey realty group. There were a few dozen attendees. The version I gave was based on the January 23rd version but included updates to downtown projects, transportation projects, recycling, and our new police chief.

Tuesday evening I joined Mayor Pro-Tem Bush and several others in a dance practice for this year’s Diwali celebration in October. We are just starting out and I will need a LOT of practice.

Wednesday I joined Mayor Pro-Tem Bush and council member George at the graduation ceremony for Panther Creek High School in Cary. Other dignitaries included the school system superintendent, administration, and school board members. In addition, the entire Morrisville town council was present with the exception of Schlink. In the staging area we were all pinned with carnations before heading to the stage for the graduation ceremony. On stage, all were on the front row except for the Cary delegation and a couple of staff members.

Cary and Morrisville Council Members at the Panther Creek graduation

The ceremony took 52 minutes and included 663 graduates. It should be noted that Cary’s Panther Creek High School has the most diverse population of all the schools in the Wake County Public School System. We are so very proud of these graduates and all the graduates in Wake County.

Thursday the council held its first regularly scheduled meeting of the month. The agenda was very short and included 4 consent items, 2 public hearings, and 2 quasi-judicial hearings. In the public speaks out portion of the meeting one speaker praised the town’s event staff for all they do day in and day out.

The only other speaker was upset about a proposed rezoning 18-REZ-22 Green Level West Office which would be at the northeast quadrant of Green Level West Rd and Branton Drive intersection. If approved it would allow an office building with a maximum size 15,000 square feet. The speaker said the council is “spineless” and “in the pocket of developers”. While we are used to criticism it hurts when it is false and baseless criticism. I urge any citizen to watch our council meetings and contact us before you pass judgment on anything we do. I can assure all our citizens that the dedicated men and women on this council put their hearts into each and every decision we make. And the comment about developer’s pockets is absolute nonsense. That couldn’t be further from the truth.

The first quasi-judicial hearing was to reapprove a one-story office building on Kildaire Farm Road, just south of Glasgow Road. The applicant removed a row of Leyland Cypress trees along the northern property line prior to approval of a development plan for the property; therefore, the Land Development Ordinances required Town Council approval of the development plan in a quasi-judicial hearing. Since there was no evidence provided against the applicant the council had no choice in the matter and approved. IMHO it was a no-brainer since the developer will replant the buffer and make it bigger.

The second quasi-judicial hearing was to re-establish an automotive sales use in the former Crossroads Ford truck center at 1300 Buck Jones Road across from South Hills mall. Again, there was no evidence present against the proposal so council had no choice in the matter but to approve.

These were the last to council quasi-judicial cases. In the future they will be done in the Board of Adjustment. Why? Because by law we can only consider expert witnesses and since the public rarely has an expert witness there is usually no opposition evidence presented which ties our hands and makes us vote for a proposal whether we like it or not. So we basically have no decision.

Friday morning I participated in a meeting of the North Carolina Metro Mayors. Here is a summary of that meeting from the Executive Director:

It has been another generally quiet week on issues of interest to cities.  Negotiations on the compromise budget bill are ongoing.  We originally thought a compromise might be reached as early as next week, but the timeline continues to get pushed back.  Now it is more likely we will see something in the next two weeks.

Friday afternoon I attended the Green Hope High School Graduation. This was one of the largest, if not the largest, graduating classes in Wake County with 735 students. It took a little over an hour for the entire ceremony. Dignitaries included WCPSS superintendent, WCPSS chair, WCPSS members, WCPSS staff, Morrisville mayor, two Morrisville council members, Cary Council member George, and me. 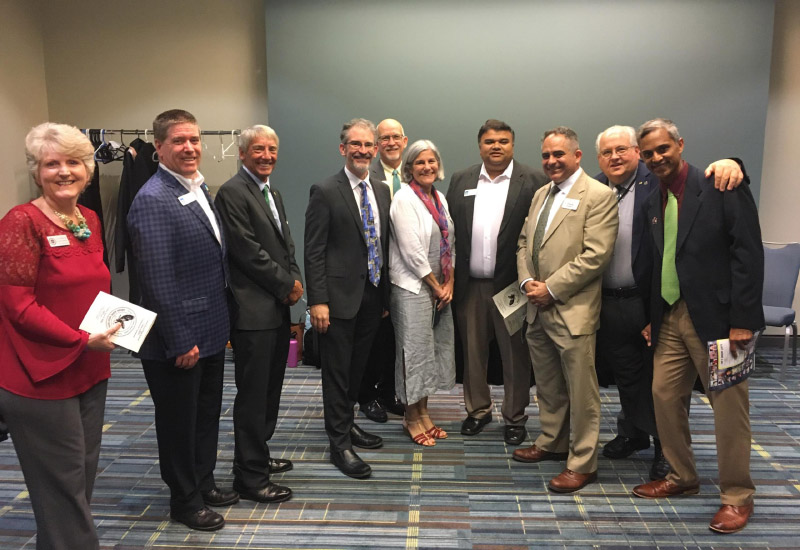 Like Panther Creek, this was a very diverse class with numerous honor students. Congratulations to the Green Hope graduates and all Wake County graduates. 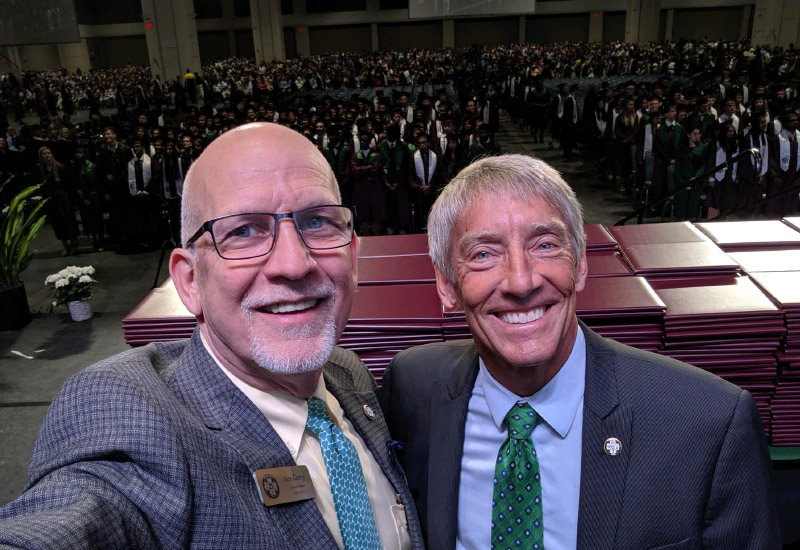 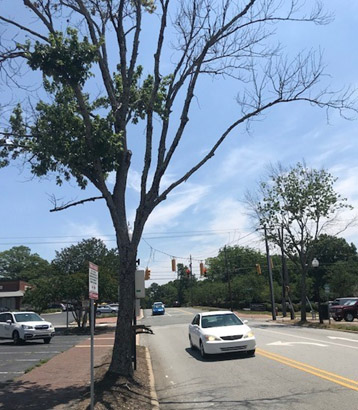 Four ornamental trees along Chatham Street in the downtown core are in serious decline with such advanced decay that we have no other option but to remove them. The independent arborist’s recommendation stated, “The dead limbs pose an immediate hazard. It is very likely the trees will continue to decline and die. It is only a matter of time before these limbs fall. For that reason, removal is recommended.” We anticipate removal next week. Once the trees are removed, we will explore options for enhancing this area. Given the very narrow of the planting strip, we will need to be strategic about the aesthetic improvements.

Staff received word this week that NCDOT will be holding a meeting tonight (June 14) with the Hispanic Community of Mobile Estates from 6:30 to 8:30 at St. Michael’s Catholic Church. The meeting will be held in the Conference Center at 830 High House Road.  NCDOT has been working with the NC Congress of Latino Organizations to schedule a meeting with local residents as a follow-up to the public meeting held last October. 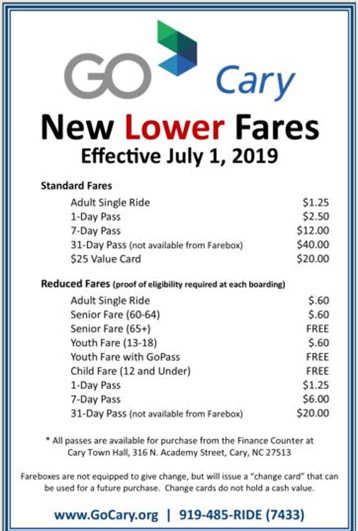 Beginning July 1, GoCary is reducing fixed route bus fares. Tier 1 Door to Door fares are dropping from $3.00 to $2.50 per trip.

And what’s better than that? Dump the Pump and ride for free on Thursday, June 20. Visit www.GoCary.org for more information.

As staff continues to process the unexpected loss of Captain Kevin Merritt, I wanted you to know that we have two specially trained Public Safety Peer Support Teams within our Police and Fire departments that have joined with the NC Peer Support Association in helping Kevin’s colleagues through this difficult time; special recognition goes to Teia Poulin and Scott Benninghoff for their leadership, empathy, and resiliency in this important effort. Also helping with our response is our Employee Assistance Program, which provides counseling services for all employees.

As part of our outreach efforts, the advisory board application has been shared with the following organizations to recruit for specialty positions.

We have received 116 applications so far and are well on our way to receiving a record number. The most applications have been submitted for the Economic Development Committee and the Parks, Recreation and Cultural Resources Advisory Board. 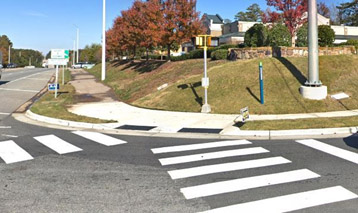 Cary and NCDOT have worked together to identify locations to include in NCDOT’s American Disability Act (ADA) improvement project. The ADA requires that state and local governments ensure that people with disabilities have access to pedestrian routes within the public right-of-way (ROW). This state project will construct new curb ramps and bring deficient ramps up to current standards. This county-wide project includes improvements in Cary at 45 locations along eight streets: Harrison Avenue, High House Road, Kildaire Farm Road, Maynard Road, NC 55, Old Apex Road, Penny Road and Walnut Street. Construction will begin in 2020.

The Utilities Department hosted the June 7 meeting of the Triangle Water Supply Partnership (TWSP) at the North Cary Water Reclamation Facility. Utility Director Jamie Revels led the Cary staff delegation at the meeting. TWSP, which Cary helped found in 2009, is an important part of the Town’s long-range strategy to ensure a safe, reliable and high-quality water supply for our citizens while supporting continued growth. The Partnership includes representatives from the Triangle region’s other major water systems, including Raleigh, Durham, Chatham County and the Orange Water and Sewer Authority. 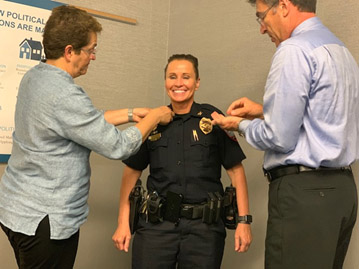 Cary’s safety program provides employees the opportunity to participate in Heartsaver, a First Aid, CPR and AED (automated external defibrillator) training program approved by the American Heart Association. This all-day training offers hands-on demonstrations on how to administer quality chest compressions, give breaths effectively and use an AED; educates on the difference between a heart attack and a sudden cardiac arrest; and provides guidance on how to respond to and manage an emergency until emergency medical services arrive. Thirty-five PRCR employees were certified (or re-certified) in the last week – and over 100 employees have been certified in the last year.

Thanks to Karen Mills, Stacey Teachey, Mary Beth Huber and Kim Branch for representing Cary so well when meeting with the bond raters in advance of our next bond sale, providing updated information and trends and connecting our projects and services to our fiscal sustainability. The agencies will provide updated ratings in a few weeks.

Emails from citizens the last two weeks include:

Next week’s activities include a Wake County Mayors Association meeting, Diwali dance practice, staff meetings, a CAMPO executive board meeting, a meeting with a political candidate, and a meeting of the North Carolina Metro Mayors.

Well, that is all for this week. My next post will be on Sunday, June 23rd.  Although I have Facebook and Twitter accounts those are not the best means of communications with me. Please send all Town of Cary questions or comments to Harold.Weinbrecht@townofcary.org and email personal comments to augustanat@mindspring.com.

Updates on Morrisville Road Extensions and Connections
Scroll to top