Cary, NC – In Harold Weinbrecht’s 12th year as Cary’s mayor, he sees the town’s future as positive with solutions promised to some of Cary’s most pressing problems in his latest State of the Town address. 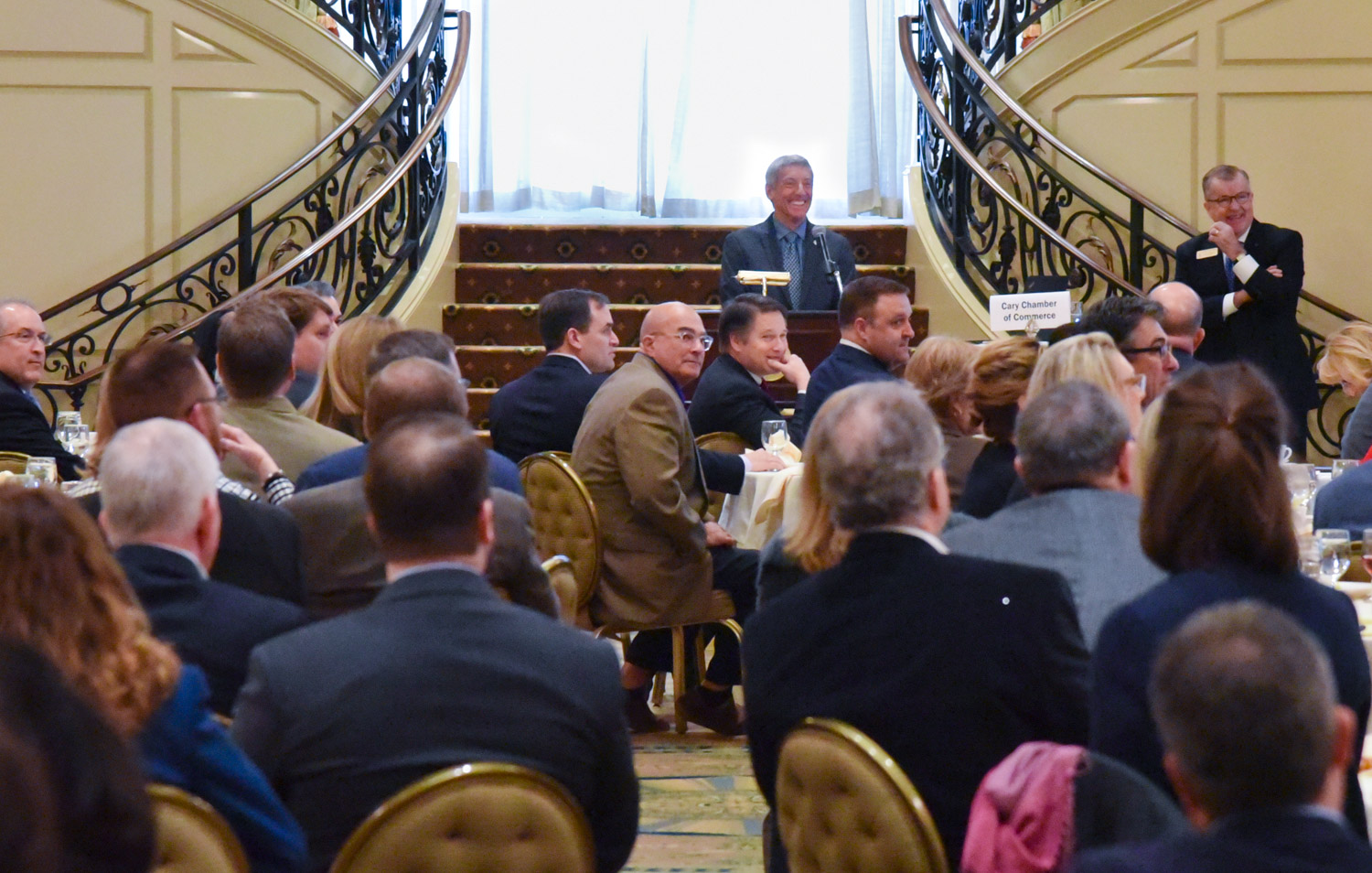 Weinbrecht gave his annual speech to the Cary Chamber of Commerce at Prestonwood Country Club on Wednesday, January 23, 2019. His message was optimistic overall, opening with Cary’s current population of 166,080 and accolades from magazines and research websites that list Cary as having one of the healthiest housing markets, the highest level of income equality in North Carolina and a nationally low crime rate.

Cary also has $1 billion in capital projects currently ongoing, with more than half of those for utilities. Weinbrecht also used this data point to highlight Cary’s AAA credit rating from all the major credit agencies.

“Because of that, when we finance our capital projects, we can get the lowest interest rates,” Weinbrecht said.

Downtown Cary’s development is continuing along and Weinbrecht said the new library will likely be open this Autumn. Weinbrecht also said the parking deck will wrapped by mixed use developments, which will include residential spaces as well as some mix of either commercial or office. Because the library site is already zoned for mixed use, these designs would not need to come up for a vote or Public Hearing.

Also near the Downtown library, Weinbrecht said the bond vote on Phase II of the Downtown Cary Park will be this Autumn, with a master plan coming out this Spring.

While the Fenton development in the Eastern Gateway is further away than the library, Weinbrecht also talked the economic impact that will have on Cary.

“It will be the largest development in Cary history: 92 acres,” Weinbrecht said. Grading is set to start this Spring. 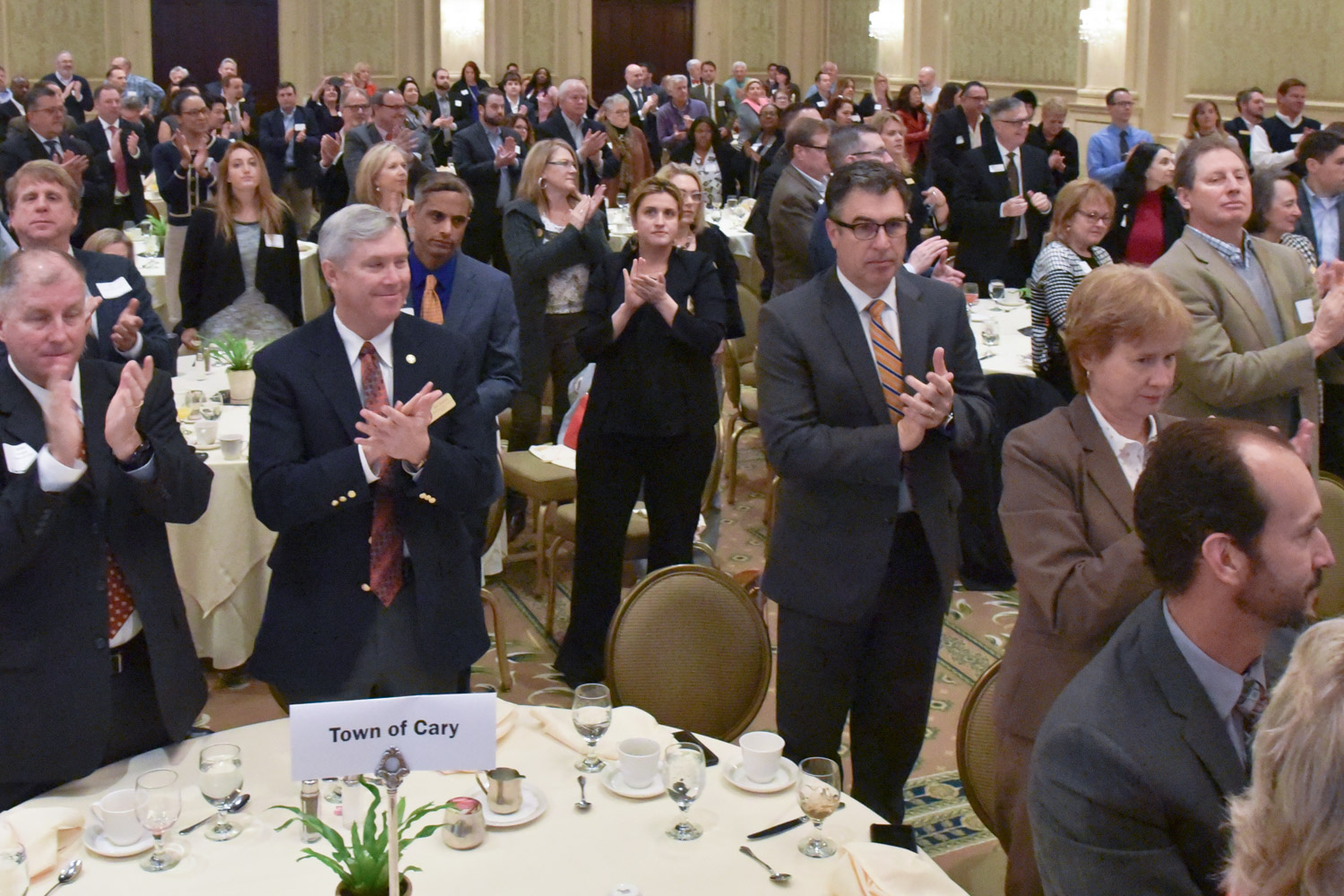 Cary has several large transportation projects set for this year, including:

The largest transportation project is improving the stretch of Highway 64 between US-1 and Laura Duncan Road, which is set to start in 2022.

“It’s going to be a pain on US-1 before it gets better,” Weinbrecht said.

Other road improvements include Cary greenways, with Black Creek Greenway undergoing a renovation to widen it to 10 feet, as well as paving the greenway and raising some sections to prevent water damage. This past year, the White Oak Greenway connection was completed and the Crabtree Creek Greenway is almost finished, with the Morrisville side of the five-mile greenway remaining.

As Cary has these new developments and grows both its population and its infrastructure, Weinbrecht said they are now reaching a point where it is unlike any other municipality.

“Cary’s reached a point where if we have a problem, we can’t Google it. We’re innovating our solutions,” Weinbrecht said. 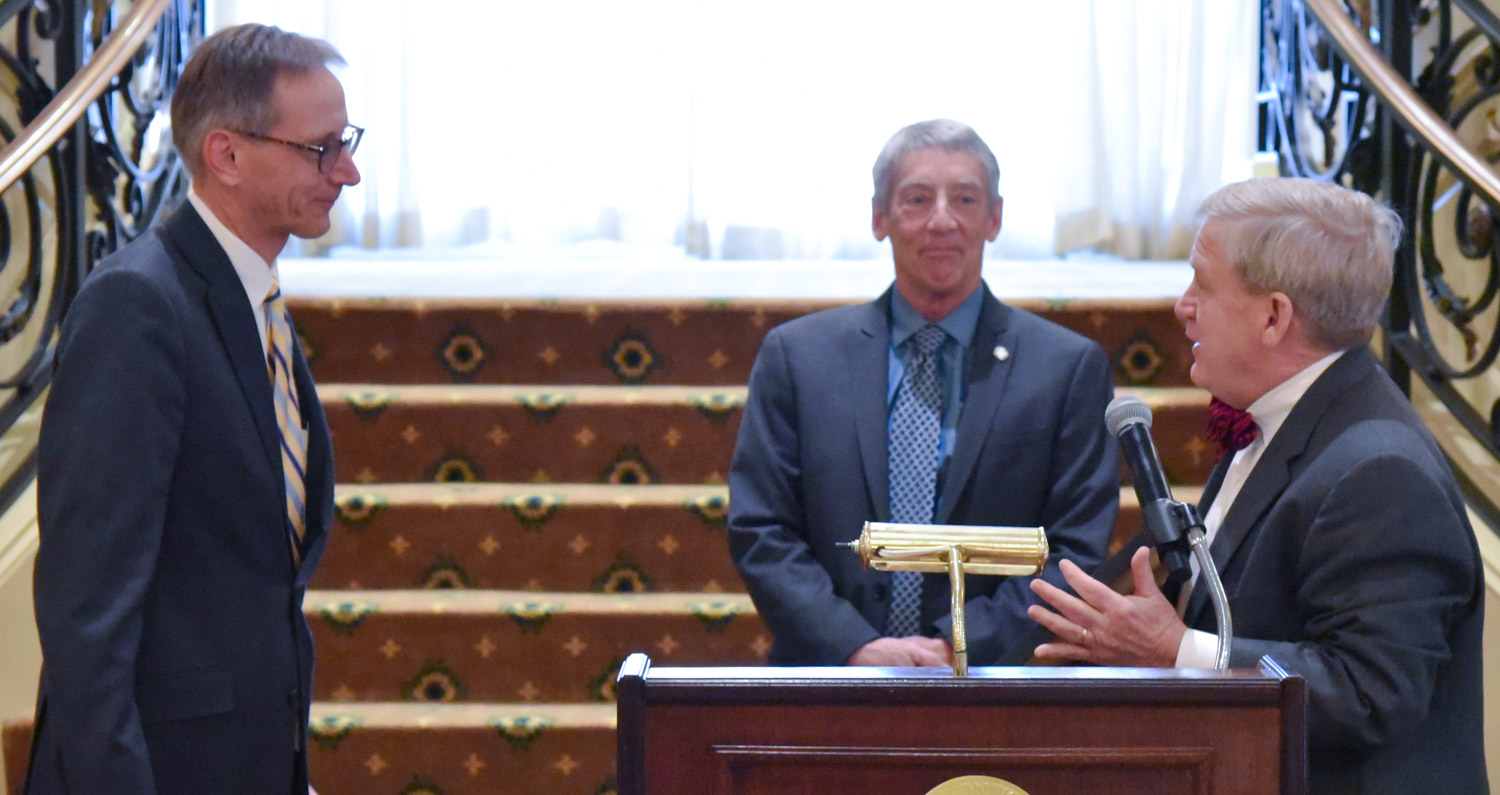 Mike Bajorek, left, receiving a recognition for his work for the Town of Cary

“Before officers carried Narcan, we had 10 to 11 overdose deaths a year,” he said. In 2018, there were two overdose deaths but Weinbrecht said he wants to see that drop to zero.

He said the opioid screening has helped the town better understand where their treatment needs to focus, but Weinbrecht also brought up the statistic that 20 percent of Cary high schoolers admit to using opioids recreationally, which he said was troubling.

To address stormwater, not only did Weinbrecht say the town is looking at expanding their ordinances but also have a pilot program with the Walnut Street watershed.

“It’s going to be a long road to get through stormwater flooding but we are working on it,” he said.

Across from the Fenton project, the Cary Towne Center mall was going to be the site of development as Ikea went through the rezoning process to build a store there. But now that that project has ended, Weinbrecht said there are still plans for the site as it may sell this year.

“I anticipate things will happen there very soon,” he said.

Cary is also using technology to link more of its services and get them to citizens, both through data system integration and using Alexa and Amazon, but also through the Cary 311 project, which will be a number people can call for information in town.

“It will be one place where all the info is located,” he said.

Over the years, Cary has gone through some significant changes. An increasingly small percentage of residents were born in Cary and 20 percent of residents were born outside of the United States. Cary is also closing in on its 150th year as a town and Cary said they are creating a task force to properly celebrate the sesquicentennial.

“We’ve talked about what we’re doing now but it doesn’t mean we ignore where we came from,” he said. 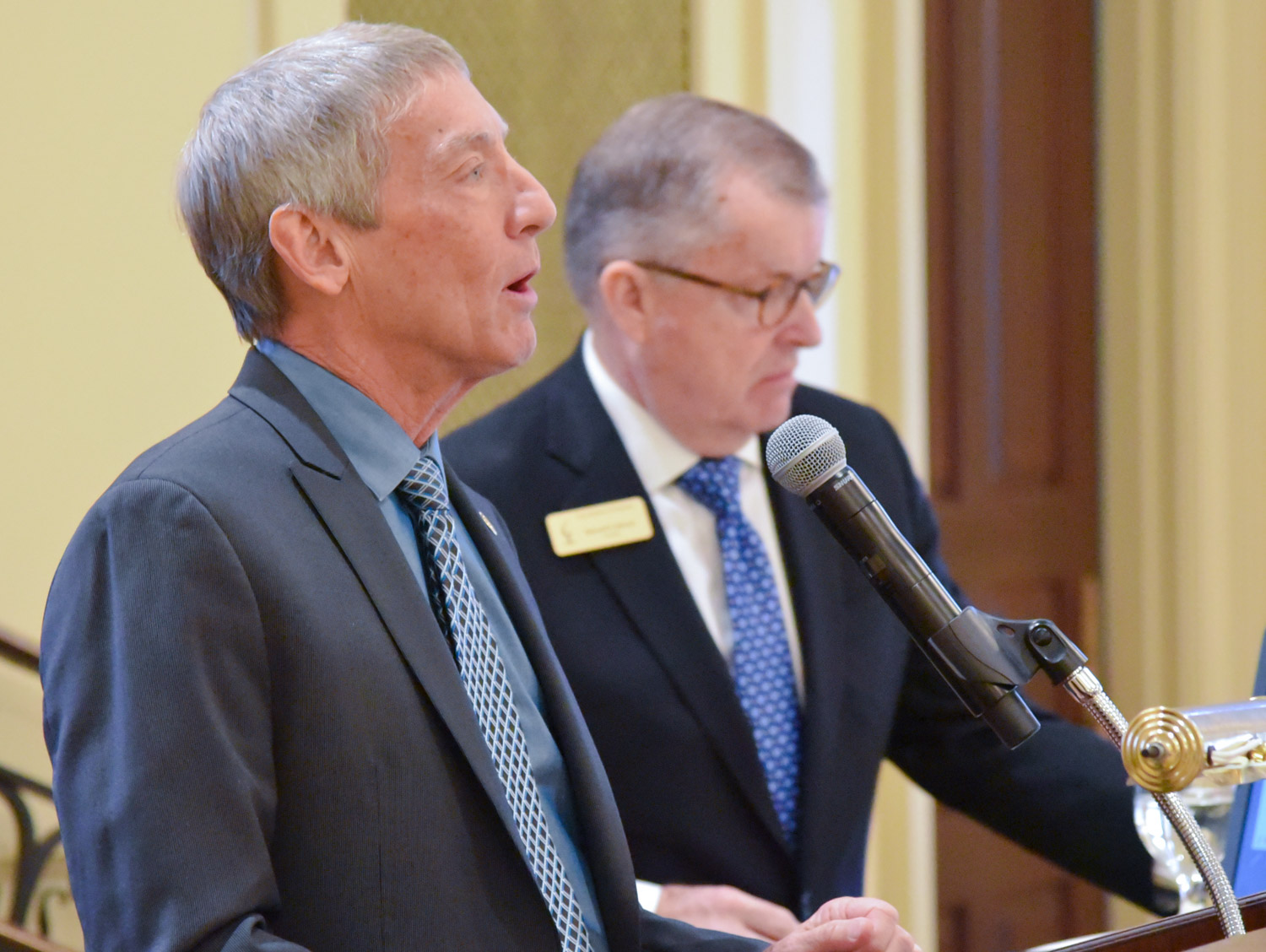