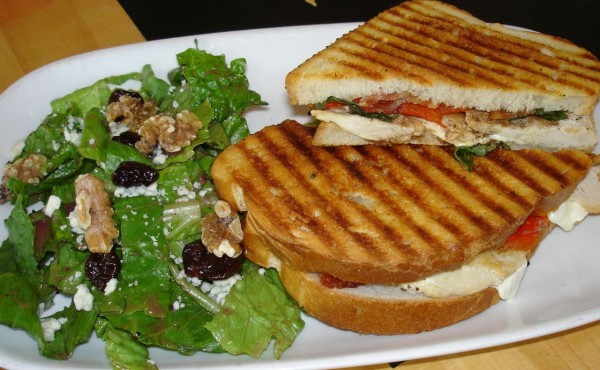 Cary, NC- At Stone Creek Village in Cary, you can stop by for some dessert, a snack, a quick bite, or a nice, relaxed meal. Good people watching, too.

Stone Creek Village is located at the corner of Davis Drive and High House Road, in what is now called central Cary (that’s right). The area is undergoing a building boom at the moment.

Stone Creek, anchored by a Harris Teeter, has been here more than seven years. But it will soon be joined on opposite corners by Searstone an assisted living community, and The Bradford, where four story apartments are currently under construction.

Planet Smoothie has 37 varieties of smoothies plus a kid’s menu. The smoothies are divided into several categories:  fruity taste, low calorie, added protein,  energy or immunity boosters, and overall nutrition. A smoothie can be a refreshing, cool, and healthy option on a summer day in North Carolina.

For a quick lunch or dinner, you may choose to stop by Greek Fiesta. There, you can have traditional Mediterranean food such as hummus, lamb kebob, Tabouli, and Greek salad. All menu items are less than $12, and there are lunch specials Monday through Friday until 4:00 p.m.

If you’re in the mood for burgers, Five Guys Burgers and Fries is also in Stone Creek. Five Guys has hand-formed burgers, fresh-cut fries, hot dogs, sandwiches, and all the peanuts you wish to eat. According to the website, the list of possible toppings gives you over 250,000 ways to eat a burger!

To take a detour from your usual pizza fare, check out the menu at zpizza. The dough at zpizza is made from certified organic wheat flour, and it is hand-thrown and fire-baked until crisp. zpizza has toppings that I never considered putting on a pizza, such as, roasted eggplant, truffle oil, pine nuts, and yams. In addition to pizza, salads, sandwiches and pastas are also available.

When you have more time or want to enjoy an adult beverage with your meal, one place you can go is Red Bowl Asian Bistro. Red Bowl is a blend of Thai, Japanese, and Chinese cuisines, and offers a create-your-own stir-fry bar and a sushi bar. There is a full bar including several wines and sakes and domestic and imported beer. Every day except for Friday, Red Bowl either has a food or drink special. 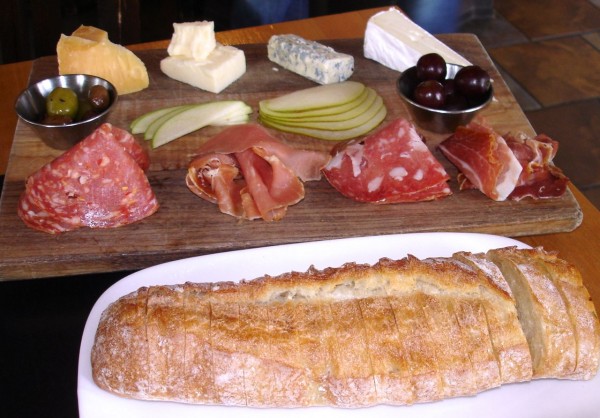 Not far from Red Bowl is Café Caturra, which I tried for the first time. Café Caturra has a total of five locations, and the Stone Creek restaurant was introduced almost three years ago.  Café Caturra is a full service Mediterranean/American restaurant with 24 wines on tap, and draft and bottled beer.

Although Café Caturra is a great place to sit and have a wine or beer and maybe some cheese and charcuterie, while there I tried a thin crust pepperoni pizza with San Marzano tomato sauce and the grilled chicken, mozzarella and bacon panini, which were both tasty. The fresh crab cakes were over-the-top. The seared scallops on a bed of parmesan risotto were a match made in seafood heaven.

The café’s manager, Philip Henderson chose wine for me, and he picked out three different Rosés, because he says it is a fitting wine for summer. Henderson explained,

“Cary citizens still believe that drinking a Rosé is like drinking a white Zinfandel, and it’s the total opposite. It’s my favorite type of wine.”

The Rosé I liked the best was the Chateau de Campuget from France. It was light but not effervescentand had a hint of strawberry flavor.

If you need help deciding which wine to try, you are welcome to get a sample at the bar, or to ask any of the wine partners (bartenders). On Tuesdays, the café has $12 wine flights consisting of three, three ounce pours. Each of the wines has a commonality, and often one of the wines is not on the normal menu.

For a gourmet burger, Tribeca Tavern is the place to go. All burgers are ground in-house, and combine all-natural Angus beef with filet and rib-eye trimmings to achieve maximum flavor. The main menu has six burgers made with different kinds of meat, and one that is vegetarian. There are another 15 creative burgers with ingredients sourced from North Carolina farmers and growers.

So far it has been impossible for me to go to Tribeca without ordering a burger. On my recent visit, I tried “The Tar Heel” which has red wine glazed onions, Carolina Moon Brie, lettuce, tomato, and onion. The burger itself was awesome as usual, and it was my first time having brie on a burger. The only way to make the burger better would be to take off a few onions and replace them with mushrooms.

Tribeca is famous for its burgers, and last year the restaurant was a candidate for the Independent’s best burger in the Triangle. Since I’ve only had burgers, I asked Marketing Director, Greg Cox which other menu items are popular, and he told me the French dip sandwich and large salads are ordered quite frequently.

Another great reason to go to Tribeca is the beer selection. Tribeca has its own brewery called Mash House located in Fayetteville. Several different styles of beer, from Porters to Hefeweizens carry the Mash House name. In fact, the Hefe and the Blonde have both won gold medals at the annual Carolinas Championships of Beer.

Mash House beers comprise about half of Tribeca’s 24 taps, and all but four taps are local. These four taps are rotated often, and when I was there, they contained seasonal beers from New Belgian and Natty Greene’s. Every day Tribeca has money-saving beer deals as cheap as $3 per pint. 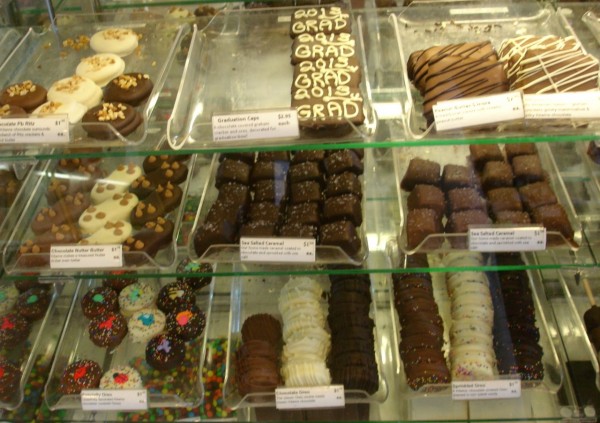 Now, as every great meal should, our tour ends with dessert at Kilwins. Kilwins is a chain that began in 1947 in Michigan with specialties like hand-paddled fudge, ice cream and chocolates. Ice cream is a big seller, and who doesn’t want something nice and cold on a hot day?

During the summer, Kilwins is having a fruit promotion to highlight several items. To quench your thirst there are fresh-squeezed lemon, orange, and limeades, and Kilwins’ coolers that blend sorbettos with sprite. A new line of fruit cream centered chocolates are in stores now. I tried all the new chocolates, but my favorite was the classic coconut.

Kilwins has whatever you desire to satisfy your sweet tooth as well as an opportunity to watch employees make fudge or dip chocolates.

With so many options, Stone Creek Village can provide you with the type of dining experience you crave. The location is great, central with many neighborhoods to surround it and just straight down Davis Drive from RTP- it makes a great lunch stop, and equally wonderful for date night.

This story is the third in a series written by Jamie Buning, which covers different areas in Cary and the dining experiences you can find there.  Recent posts include: