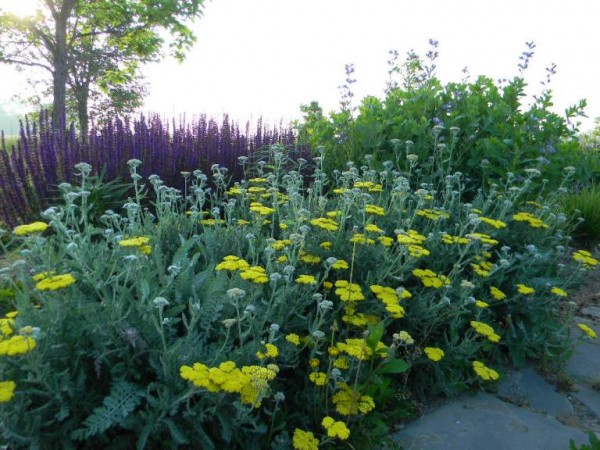 Cary, NC- Have you ever been at the garden center and looked at the descriptions of potted specimens and seen the description “Vigorous”? Our suggestion: approach with care.

What Does Vigorous Mean?

Many species of beautiful plants can be described as “vigorous.” In this context, the best definition would could craft is “grows with great enthusiasm.”

Vigorous plants are great for tough-to-cover hillsides, dry areas that never see a hose and gardeners who want a massed bed of one thing.

However, in a mixed bed of different flowers, vigorous plants can quickly take over, wiping out the neighbors.

A Few Examples of Vigorous Plants

Some varieties of the species listed below (like Yarrow) are more vigorous than others. Some varieties of Yarrow will explode across your garden, wiping out more tender plants. Other types move around a bit, but basically accommodate neighbors.

Always ask an expert at the garden store “how vigorous is this plant?” if you have concerns (or the label says “spreads rapidly”).

In a nutshell: Sometimes “Vigorous” is a euphemism for “Invasive”.

We loved its pretty yellow flower heads. They are excellent for drying and adding to floral arrangements and wreaths. However, they grow runners under the ground and quickly spread to areas in the garden where maybe you had other plans. They are difficult to root out as well. As soon as you have taken them out in one area, another shoot pops up somewhere else. They are sun lovers – and will migrate around to take the best advantage of full sun if you have it. Where to plant? Choose areas where you wish to have a giant mass of them. Their dusty green foliage is pretty for many months and the birds do like the seed. And as I already stated, the flowers are pretty.

In our garden, we were plucking out shoots of native Yarrow for three years in a front garden bed. 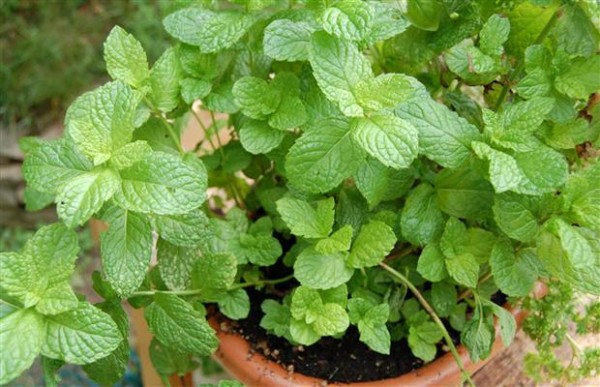 Mint looks innocent in a pot

We had a neighbor who spent three days ripping out a bed of Vinca that was strangling a medium sized tree.

Little did we know when we planted this herb in a bed, that it was closely related to Mint. Mint and any relative want to take over the world. Really. It spreads like nobody’s business, and before you know it your beds have been crowded out because the root mat is dense and won’t allow anything else to grow with it. Mint does not play nice! Where you should grow it? In a difficult area, where you want some easy-care ground cover- it can take a beating and it comes back every year, thicker and denser.

This was one of the first plants in our garden. It took two years to get rid of it.

The name should warn you! Its pretty frilly lime green leaves are tempting. But keep this one in a pot! Even in a pop, it will jump ship with its long tendrils that quickly reach the ground, and before you know it, its in your beds, choking ut everything. Creeping Jenny has dense roots too. It’s easy to divide and pop into lots of hanging pots as the low trailing partner, just be careful that you cut it back frequently, and continue to pull it back to make room for its neighbors in the pot.

We have Creeping Jenny trailing from several pots. It always wants to creep into the open garden. 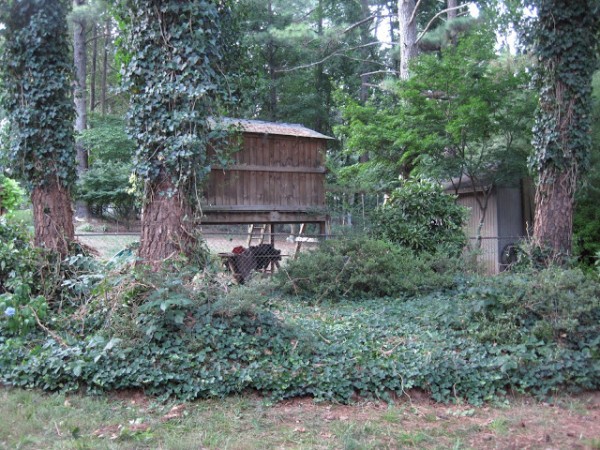 There are a million types of ivy and they are all pretty:  variegated coloring, heart-shaped leaves, small dark green leaves. I’m in a love-hate relationship with this plant. Its great in a container, and can exist in a multitude of lighting situations from filtered light indoors to full sun outside. The problem with ivy (like Creeping Jenny above) is that it rarely is satisfied with staying in that pot. Ivy can grow fibrous roots right in the stems, and before you know it, trails of the vine are now growing up the side of your house, into the woods, and under all your bushes. Be vigilant if you have this one in your yard. Its vigorous with a capital V and not native to this area. You may see it in the woods of a greenway, but it escaped someone’s yard to be there!

We have lots of varieties of ivy. Prune annually in the spring to keep them off your house and trees.

One word about vigorous plants: vigilance. If you are watchful of these randy specimens, then you can keep them under control. Some of them, anyway. Prune like mad, keep them in containers and if they get out of hand, rip them out.

The Gardening column is sponsored by Garden Supply Company on Old Apex Road in Cary.