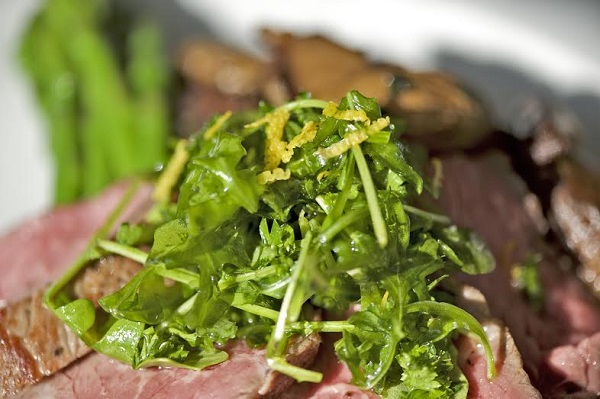 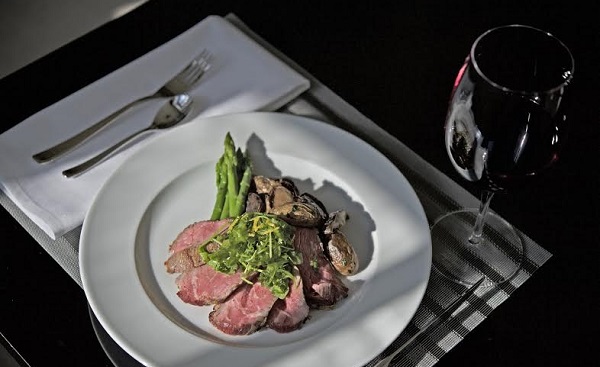 Cary, NC — The Mayton Inn will open on Academy Street in Downtown Cary in late January. I met with Mayton Inn co-owner Deanna Crossman and the hotel’s head chef, Jeff Gompers, to get a sneak peek at what we can expect from The Verandah, the inn’s new restaurant.

The Mayton Inn is a 45-room boutique hotel opening on Academy Street, Downtown Cary’s main thoroughfare, in late January 2016. The inn features a bridal cottage, a spa, a gym, a deck overlooking gardens, a 20’s-inspired bar and a full-service restaurant named The Verandah, which will always be open to the public as well as to hotel guests.

I met with Deanna and Jeff for a sneak preview of The Verandah’s food and atmosphere.

Jeff lived and cooked in New York before he moved to this area in 1991. Before he was hired as the head chef at Verandah, he worked in the restaurants of the Siena Hotel and the Carolina Inn in Chapel Hill. “It’s great to see how the cuisine here has changed from when I first moved to the south,” he told me when I asked him about his favorite food. “New people are coming here from all over the world and bringing their own influences to traditional southern food.”

The Verandah will feature high-quality, southern cuisine with artful adjustments and new combinations. Jeff wants to use as many locally-sourced foods as he can get his hands on.

“We want to take the classic style of the kind of food your grandmother would be cooking in the kitchen all day and give it a twist,” he told me.

Farmers’ markets and local producers will supply most of the ingredients used at The Verandah. The coffee will come from Muddy Dog roasting company in Morrisville, and the “best goat cheese ever” will come from Prodigal Farms in North Durham.

“We’re going to use local pork and chicken, and we’ll even have our own smoker in the kitchen to make our own bacon for sandwiches and salads,” Jeff said.

Jeff, Deanna and the other staff at The Mayton Inn have been “playing” in the kitchen for the past couple of weeks to perfect the menu we’ll get to see in January. “Jeff even smoked honey,” Deanna told me. “It was delicious. He put it on top of a duck breast with fig jam.”

While the menu is still in the planning stages, Jeff shared with me some of the dishes he has already planned. Some of these include a Tempura Fried Trout Po’ Boy with Pickled Red Cabbage and Pimento Remoulade, Charcuterie with Cured Meats and a Cheese Plate, Cornmeal Fried Oysters with Smoked Corn & Hominy Succotash, Crisp Benton Country Ham and Poblano Remoulade, Smoked Pan Seared Pork Belly with Fennel, Sweet Onion, Local Goat Cheese Fried Fingerling Potatoes and Mushroom Broth and more. 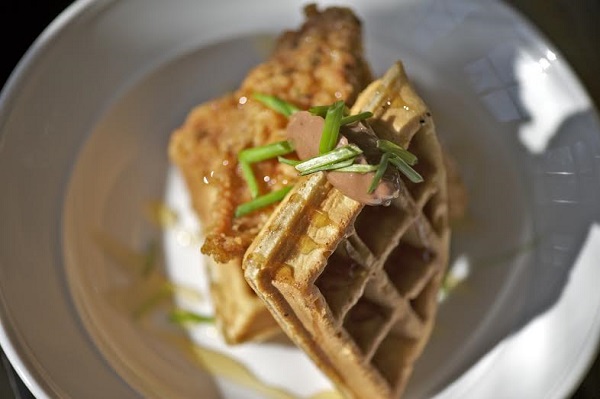 The dishes sound fancy, but Deanna explained to me that the restaurant’s focus will be on simplicity, affordability and quality. “We want to give you all the best things but at a fair price in a comfortable atmosphere where you can relax, unwind and have fun,” she said.

Even though Jeff and Deanna have handed off the restaurant’s bar menu to the owner of The Crunkleton in Chapel Hill, they couldn’t resist giving me an idea of what drinks and cocktails at the Veranda will be like. Like the drinks at Crunkleton, the menu will be old-school with authentic vintage recipes made with fresh juice, homemade bitters and a classic 20’s cocktail list.

I was also told that there will be a great liquor list with good bourbons, scotches and vodkas. Deanna’s husband and the co-owner of the inn, Colin, makes his own tonic water and will feature a specialty gin and tonic on the menu. The Verandah will also feature as many local beers as possible and a changing wine list. “Ultimately, there will be 3,000 bottles of wine in our downstairs wine cellar,” Deanna told me. The wine cellar can be used for 12-person dinners, too.

Deanna wants lunch entrees to be around $10-$12 and top out at $15 max. “We’re trying to stay in an affordable range for people – we want you to come back,” Jeff said. “If you feel like coming to lunch three times this week we want you to be able to do that.”

The restaurant will have a family-friendly, causal atmosphere. “I’ve worked in places where you feel like you’re afraid to laugh,” Jeff said. “That’s not what we want for the restaurant or hotel.”

“It’s important to our whole team that we’re a part of the community,” Deanna said. “So the Veranda will feature many events throughout the week, like a “YappyHour” outside on the porch on Sunday afternoons with with live music and doggy popsicles for pets. There will be BBQ and live music on Friday’s, too. We want it to be a neighborhood hangout spot. Kids can play in the park, and adults can relax on the deck overlooking the gardens.”

The Verandah and the inn should be open for business in January, but you can stay up-to-date with progress and news by following The Mayton Inn on Facebook.

Story by Jessica Patrick. Photos from The Mayton Inn.

Beauty: What is a “Blowout?”