Cary, NC – As an early step to future expansion of the High House Road and Cary Parkway expansion, the busy intersection will face delays for much of March.

Roadwork on High House Road and Cary Parkway is expected to create delays until Monday, March 19, 2018, with roadwork happening during the day from 9 AM to 4 PM. However, in the event of weather delays, the roadwork may last longer.

While the intersection will not be closed, turn lanes will be closed on Cary Parkway going northbound and High House Road going eastbound which has already resulted in slowdowns. Drivers and pedestrians should proceed with caution.

This roadwork is to relocate utilities in the intersection ahead of an intersection expansion. The new intersection will have new turn lanes and other aesthetic updates. After previously being delayed due to a lack of bids, the Cary Town Council approved the $2.73 million project in January.

While the intersection will not be closed and roadwork should end after 4 PM each day, some drivers may want to avoid the work altogether.

To get around the intersection, drivers on the northbound and westbound side can take Davis Drive, connected to Morrisville Parkway and then Chapel Hill Road. 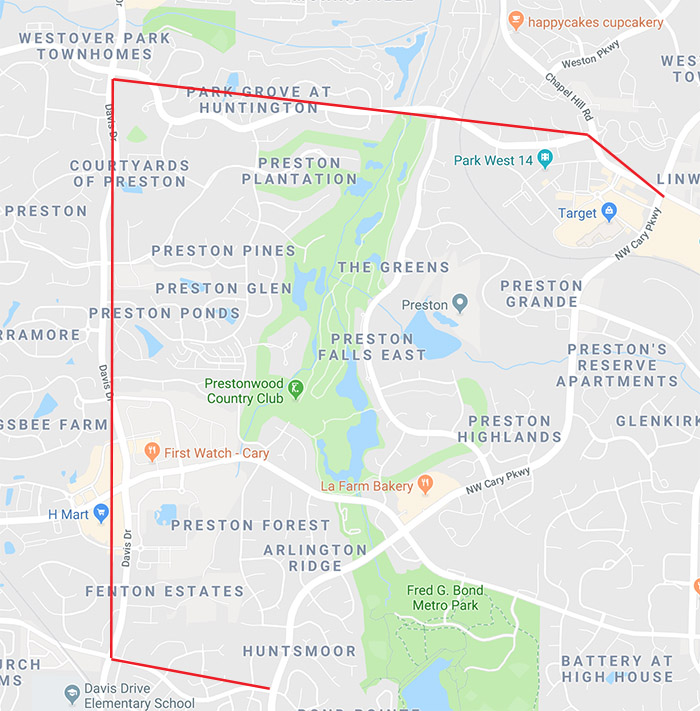 On the other side, drivers can take W Chatham Street to get to SW Maynard Road. SW Maynard Road connects to High House Road and Chatham to Cary Parkway. 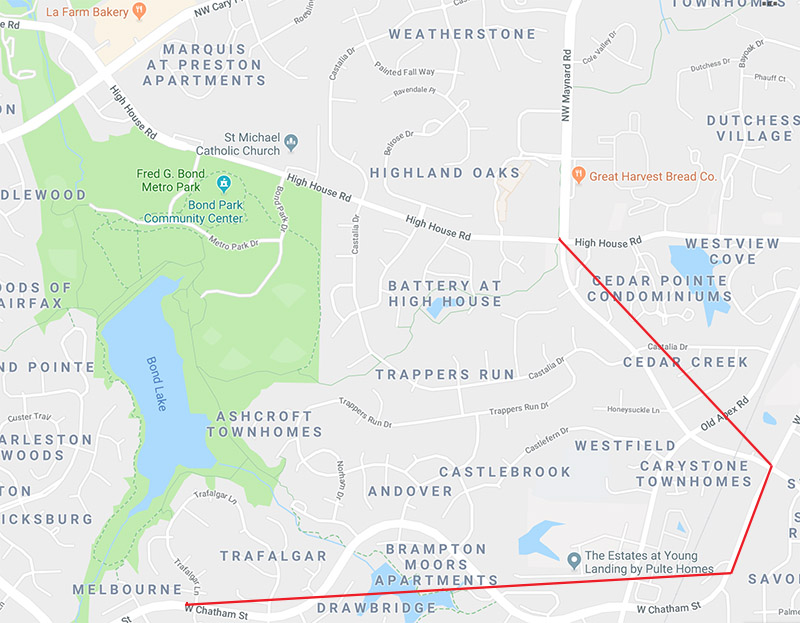 You can also track updates through the Town of Cary and by following @TOC_Traffic on Twitter.