Cary, NC – When the Carolina RailHawks announced they were becoming North Carolina FC and were building a new stadium, they also said a professional women’s soccer team was coming. Now we know Cary’s new team will be the league’s current champions. 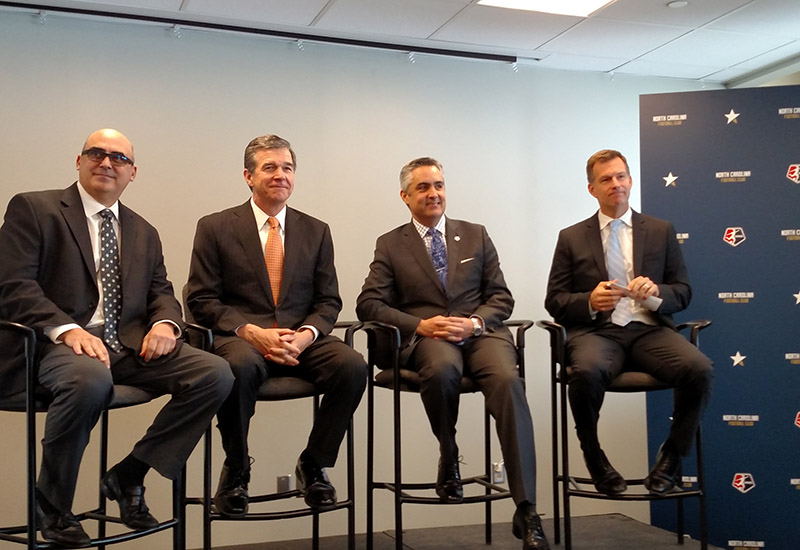 At a press conference on Monday, January 9, 2017, North Carolina FC owner Steve Malik announced he had purchased Western New York Flash, which will now be playing in Cary as the North Carolina Courage.

“This is a shoutout to the history of great women’s soccer in the Triangle,” Mailk said. “The Courage are back.”

Some readers may remember the local Carolina Courage professional women’s team. Malik said the team’s collapse did not come because of a lack of community support but because of problems with the league the team played in. Also, the logo for the North Carolina Courage includes the lion design from the earlier team, although as Malik pointed out, it no longer has a mane so it is a female lion this time.

The Western New York Flash won their first National Women’s Soccer League (NWSL) championship in 2016. Including that win, the Flash have won four championships in three different leagues and Lynn Williams with the Flash won the NWSL’s Golden Boot award and MVP distinction in 2016. Five of the team’s players also played in the national women’s team.

“We’ll be bringing all the players down that are under contract,” Malik said. “This is a stacked and loaded team with talent.”

The team will play at WakeMed Soccer Park, starting in the 2017 season in April, which Malik confirmed in late December. The players will be coming to Cary in the coming months to start training and season tickets are now on sale.

“We need you to respond and I know you will,” Malik said. 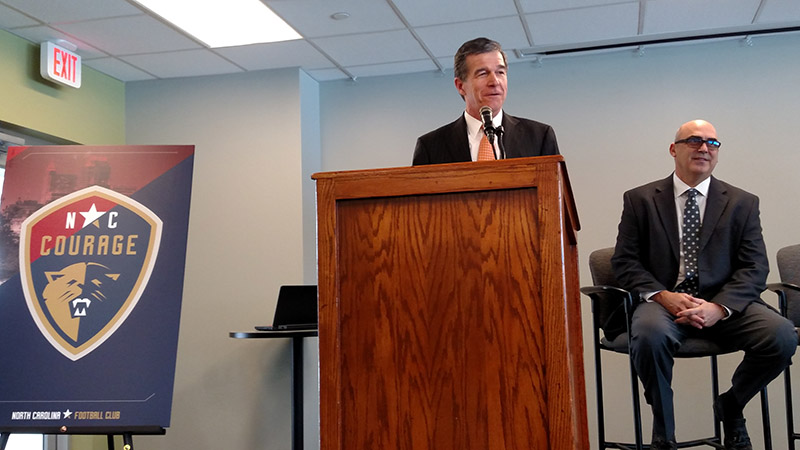 Doug McRainey, Cary’s director of Parks, Recreation and Cultural Resources, said the North Carolina Courage will be huge for Cary.

“You heard them talk about all this history we have in the area,” McRainey said.

Included in the soccer park’s history with women’s soccer is the College Cup which used to be played on the field. Also speaking at the event, Governor Roy Cooper said the state has long supported women’s soccer with the many college players who have gone on to nationwide success and the vibrance of  youth soccer.

“You realize we are steeped in tradition already,” Cooper said.

Conversely, Western New York Flash had been faced with problems, most notably in July 2016 when they were forced to move and play a game on a baseball field.

Jeff Plush, commissioner of the NWSL, said the average attendance for a game is around 5,000 but for the Flash, it was closer to 3,000. But, Plush said some teams, such as the Portland Thorns, get more than 10,000 regularly and Malik said he plans to fill WakeMed Soccer Park.

“Some of the greatest players who ever put on a kit have come from here,” Plush said.

Both the men’s and women’s professional teams will be playing at WakeMed Soccer Park for now, as Malik is in the process of building a new stadium for the North Carolina FC to play in. But Malik also said the team would continue to train at WakeMed Soccer Park and mentioned wanting some improvements, including a weight room. McRainey said this is something Cary has considered.

“We have a plan at all our facilities for ongoing improvements so it’s always under investigation,” McRainey said.

Cooper and Malik both said the team received no economic or tax incentives to bring the Flash here to become the North Carolina Courage and Cooper added that the press conference was his first economic development meeting as governor.

“Sports can bring money to the pockets of everyday working people,” Cooper said.

The 2017 NWSL draft is this Thursday, January 12, 2017 and North Carolina FC General Manager and President Curt Johnson said they are eagerly awaiting the draft and are looking to bolster their defense.

“We allow too many points and that’s where we want to focus,” Johnson said.

Johnson will also serve as general manager and president for the North Carolina Courage. 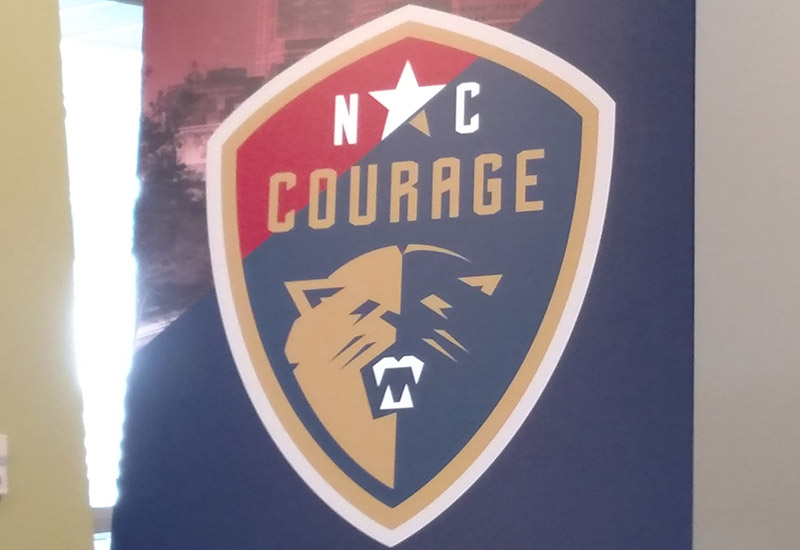