Cary, NC – Since 2009, the Cary Hometown Spirit Award has been a way for Cary to recognize notable residents who have contributed to the community. The process to select this year’s winner is now underway as the nomination process is opened up.

Until Friday, September 22, 2017, nominations will be accepted for the Cary Hometown Spirit Award with registration online. The award started first in 2008 as part of the Small Town America Award Program before adapting into the current Hometown Spirit Award, first given to Alisa Wright Colopy, founder of the non-profit fundraising group Fit & Able Productions.

The idea behind the award is to find people who show some leadership quality in Cary and have garnered respect through their time and work. Other factors sought by the award are hospitality, neighborliness, promoting community and/or entrepreneurial spirit, po

The award nomination process is open to all residents to enter someone in, as long as they are a Cary resident who is at least 21 years old, is not part of Cary’s current staff and has never been on Town Council, is alive and does not fall into other Town of Cary disqualifying factors related to criminal record.

The 2017 Cary Hometown Spirit Award winner will be announced in November at a regular Town Council meeting.

If you have someone in mind, go ahead and nominate them now. 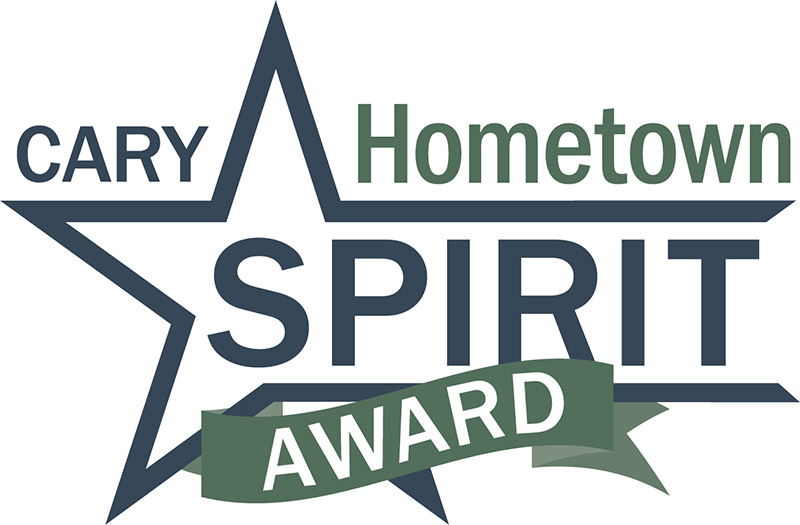 Story by staff reports. Photo courtesy of the Town of Cary.

Lori’s Blog: Be Ready in Cary

The Cary Scavenger Hunt – Our Team
Scroll to top