Cary, NC – For many years now, Cary has only had one YMCA, the recently renamed Taylor Family YMCA off of Cary Parkway. But construction is nearly completed on the new Northwest Cary YMCA and we got a chance to tour it for a sneak preview. END_OF_DOCUMENT_TOKEN_TO_BE_REPLACED

Cary, NC – Since the beginning of the 21st Century, the SAS Championship has been a fixture in Cary and this year, the international golf championship will be making a few changes to keep things new and fresh. END_OF_DOCUMENT_TOKEN_TO_BE_REPLACED 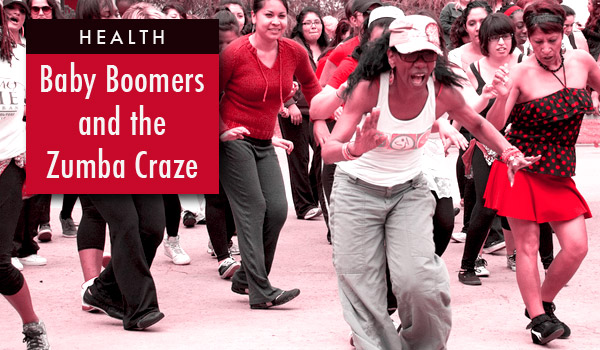 Cary, NC — There’s a whole lotta shakin’ going on at the Cary YMCAs: It’s the Zumba classes. With reportedly nine classes at the Cary Y and eleven at the Kraft facility, Zumba, with its high intensity activity, is clearly a crowd pleaser. Can any age take part? END_OF_DOCUMENT_TOKEN_TO_BE_REPLACED

Cary, NC — Once again, the Cary YMCA’s SuperSkippers have been declared the best jump rope team in the nation. Open tryouts are this weekend. END_OF_DOCUMENT_TOKEN_TO_BE_REPLACED 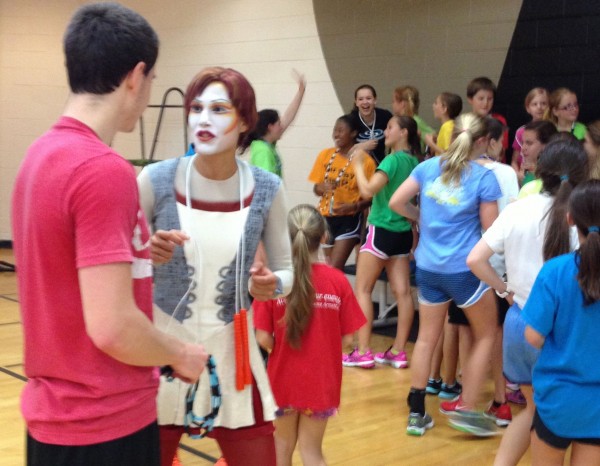 Story by Lindsey Chester, photos by Lindsey and Patrick Norris of the Cary YMCA.

Banhegyi’s current gig is touring with Cirque Du Soleil’s Quidam show which arrives in Raleigh’s PNC arena July 10-14.  On June 10, Banhegyi paid a visit to the Cary Family Y and worked with the very talented Cary Super Skippers to teach them a trick or two.

Quidam is the third touring Cirque du Soleil show for Banhegyi. She auditioned several years ago by first sending a tape of her routines after receiving a casting call. She went through a full audition process in France, and then Banhegyi was placed in their queue. Four years later, she was called up to be a part of a Holiday production.

Only a few Cirque du Soleil shows actually incorporate jump rope skills, and Quidam was the original. Audiences are familiar with the acrobatics and more circus-type aspects of the performance, but as jump rope becomes more mainstream, it too has been incorporated. In this show, 2 soloists jump and are joined by as many as 20 acrobats on stage.

Like any Broadway production, touring with Cirque du Soleil is a full time job consisting of 8 shows per week, with 10 weeks on and 2 weeks off, year round.

Benhegyi’s message to the Super Skippers was one of possibilities. She asked the group “Who ever thought of skipping for a job?”

This Super Skippers team of jump ropers is very talented, and that talent and love of the sport does not need to end with competitions in a  gym. Her own love of the sport led her to artistic performance that she loves, taking her all over the world. 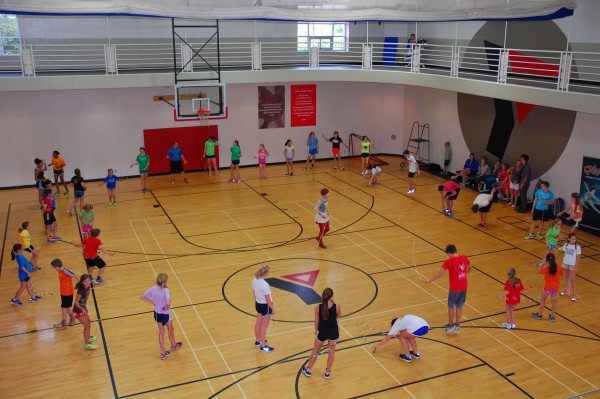 Before Adrienne performed for the group and led a workshop, she had asked coach Gary Anderson if the kids could perform for her. Coach Gary cued the music and the Skippers ripped into one of their crowd pleasing routines.

Benhegyi’s publicist, Jessica LeBoeof, told CaryCitizen that usually on an advance tour Adrienne will work with health clubs or Boys & Girls clubs, generally groups with little or no jumprope experience. She wanted to better gauge the team’s level of skill before attempting a workshop. She was impressed!  The Cary Super Skippers performed many of her best tricks. She does hold the world record for a skill called a “triple under jump”, however and at 330 consecutive jumps, I don’t think anyone in the room was going to be breaking that record anytime soon!

After the workshop, Jessica and Adrienne flew out to Dayton, and will then head to Louisville, Nashville and Charlotte, landing to perform in Raleigh’s PNC arena from July 10-14 at the PNC Arena. From here, the show travels to Fairfax VA, Brooklyn, and two stops in Florida before heading to Europe for a year. 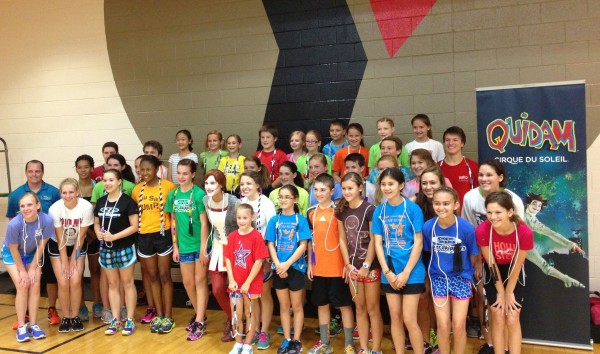 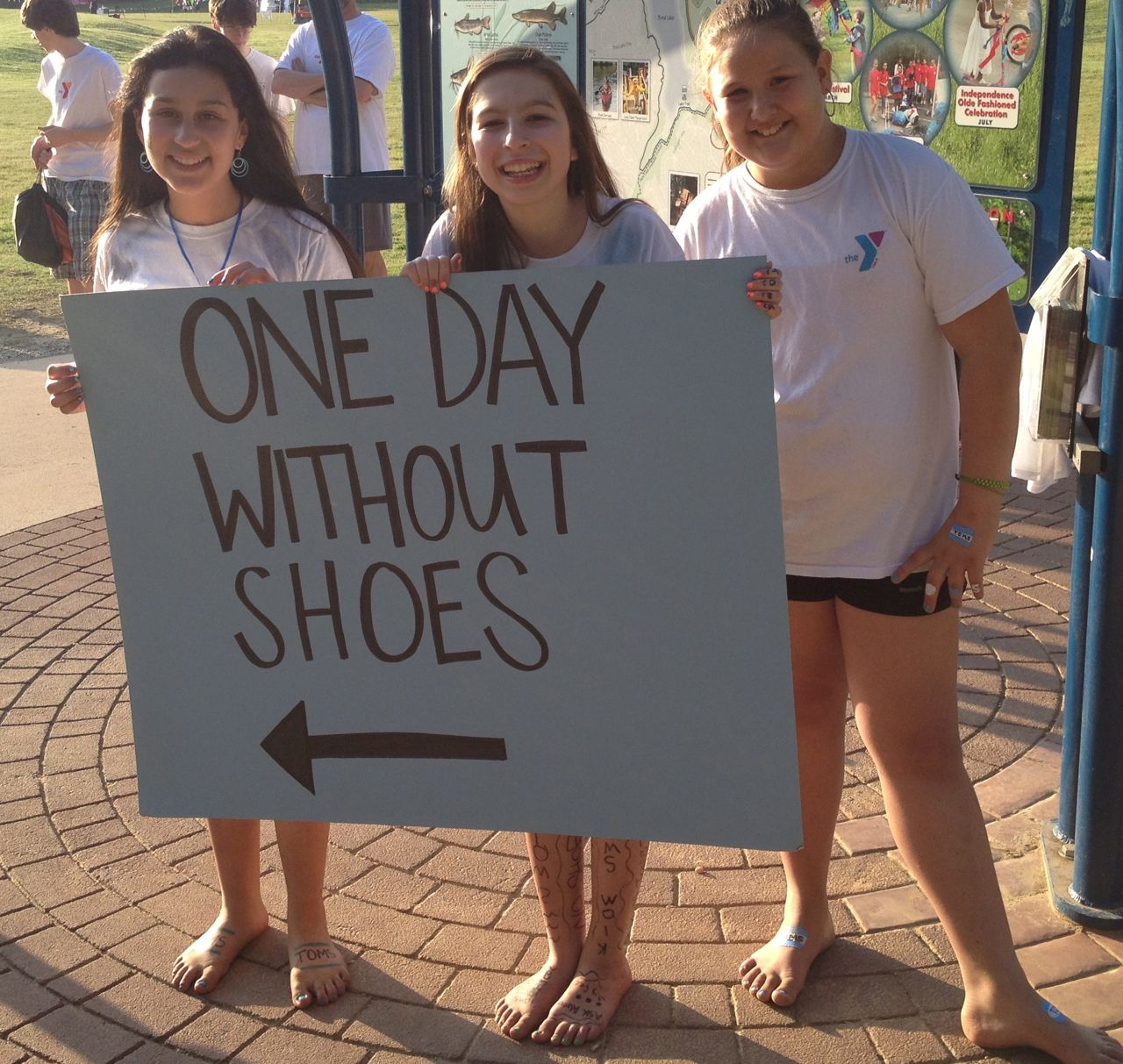 Cary, NC – The average American owns 10 pairs of shoes, and the average person in a third world country owns none. END_OF_DOCUMENT_TOKEN_TO_BE_REPLACED 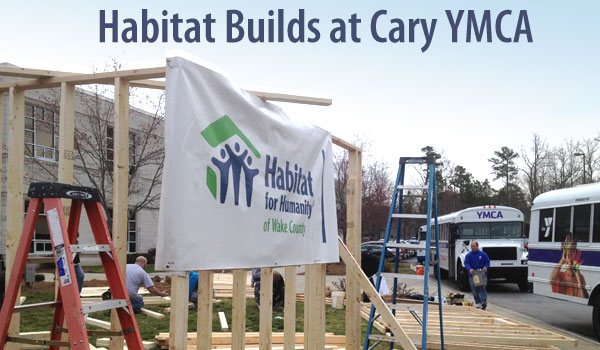 Cary, NC – I try to get to the Cary YMCA everyday. Shoot a few baskets, do a few push ups, that kind of thing. When I was leaving the Y on Wednesday morning, imagine my surprise to find a couple of dozen people framing walls out on the front lawn. END_OF_DOCUMENT_TOKEN_TO_BE_REPLACED 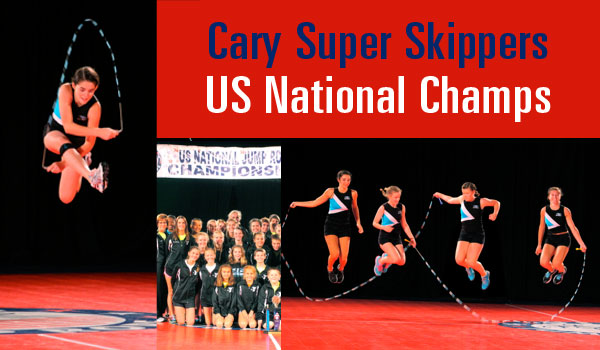 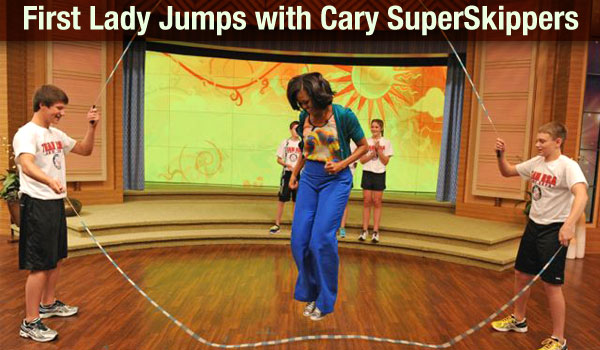 Cary, NC- Our very own Cary YMCA SupperSkippers appeared today (Monday June 18) on Live! with Kelly which airs on WABC-New York and were surprised when First Lady Michelle Obama joined them on stage for a special cameo appearance.

END_OF_DOCUMENT_TOKEN_TO_BE_REPLACED 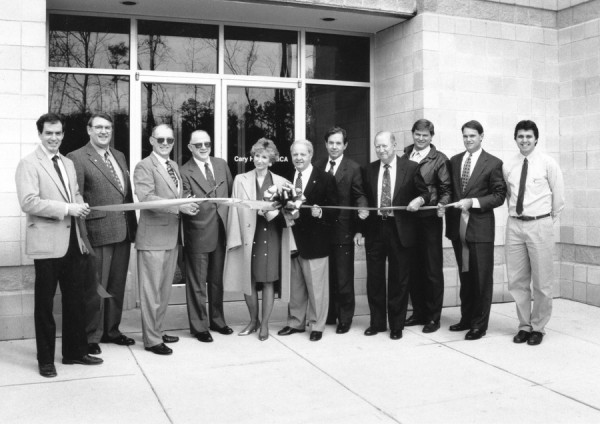 Story by Lindsey Chester. Photo of 1992 ribbon-cutting provided by the Cary YMCA.

Cary, NC- Hard to believe, but this year the Cary Family YMCA turned 20 years old. I met with Executive Director, Diane Hillsgrove to talk about the past and future of this powerful community organization. END_OF_DOCUMENT_TOKEN_TO_BE_REPLACED