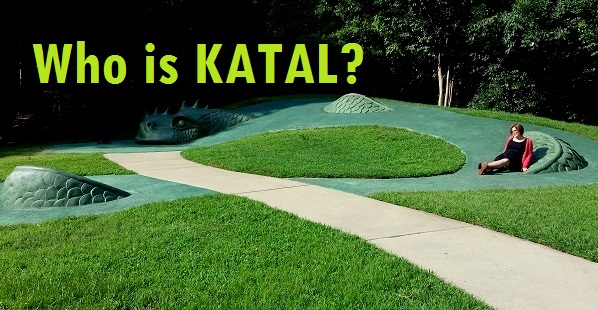 Editor’s Note: Excerpts from this article were first published on the Cary Visual Art blog.

Cary, NC — I love the Kids Together playground at Marla Dorrel Park (off of Tryon Road and Cary Parkway) for many reasons. My favorite feature at the park, however, is KATAL the dragon.

The Kids Together playground at Marla Dorrel Park is not your typical play space. In fact, the story behind the playground is so neat that we’ve written about it before.

Basically, Kids Together was formed through a partnership between the Town of Cary and the nonprofit organization Kids Together, Inc. when leaders envisioned a playground that could be used by all children. As a result, the park was built to reflect a universal design that provides accessibility for individuals with special needs.

As you can see in a past CaryCitizen article, chair-accessible swings are built alongside traditional swings, winding ramps are incorporated throughout the play space and bathrooms include plenty of room for wheelchair and stroller access. 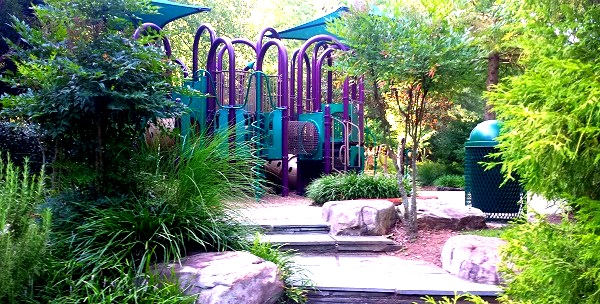 The Kids Together Playground

Who is KATAL the Dragon?

In addition to its play space built for children of all ages and physical abilities, the playground is also home to numerous pieces of art—including a large dragon that has become a cherished part of Cary Visual Art‘s permanent placement program and a recognizable feature.

This dragon is named KATAL (for a very special reason). KATAL was commissioned and placed by Cary Visual Art in 2000. Children of all ages enjoy climbing on KATAL or snuggling in the curl of his tail. The dragon has become such a recognizable feature of the playground that many children have come to refer to Kids Together as “The Dragon Park.”

I’ve even seen joggers using KATAL to keep their balance as they stretch.

The sculpture was constructed by artist William Moore and is made of steel pipe, hardware cloth, reinforcing bar and acrylic-strengthened cement. While KATAL’s structural make-up may sound harsh, the dragon is anything but. KATAL’s name is an acronym for “Kids Are Together At Last”— a phrase that reflects the purpose and mission of the entire playground.

Read our other articles about Marla Dorrel park, and pay a visit to KATAL.